The Museum tells the story of military firefighting with a particular emphasis on the Royal Air Force Fire and Rescue Service. Although the RAF was formed on the 1st April 1918, it wasn’t until 1922 when the first RAF Fire School was formed at RAF Cranwell and the trade of Aircraft Handler/Firefighter was first established. It is widely accepted that the RAF Fire Service was formed on the 31st December 1943.

No military aircraft can operate without adequate Fire Cover being in place both in times of conflict and peace. Wherever the Royal Air Force operates, the RAF Fire and Rescue Service is on hand to Save Life, Prevent damage to property and equipment & to make safe any Special Risks.

Over the past 75 years, the RAF Fire Services have had to deal with every type of incident from aircraft crashes and minor emergencies to huge fires in storage areas and technical buildings. They have participated in WW2, the Cold War, the Falklands Conflict, the Balkans, Iraq and Afghanistan as well as numerous operations both in the UK and overseas. They have also provided assistance to humanitarian operations, terrorist incidents and national emergencies.

In the Royal Navy everybody has to be trained on how to fight fires. You cannot call the Fire Service if your ship catches fire at sea! The Royal Navy does have the trade of Firefighter/Aircraft Handler. These dual tradesmen and women are responsible for the protection of aircraft and their crews on operations both at sea and on the RN airfields.

The RAF is the only branch of the UK Armed Forces to retain service personnel for specific firefighting duties.

The roots of the collection stretch back over a number of year’s when the Museums founder Steve Shirley MBE began collecting fire memorabilia. Steve served as an RAF Firefighter for over 36 years before retiring at the rank of Warrant Officer. He got his first fire engine model as a gift from his wife, Kim, when he graduated from the RAF Fire School, Catterick in 1983. Little did she know what she had started! The collection has grown into the largest collection of fire memorabilia in the Country and houses the largest collection of ex-military fire engines in the world. The museum began operating in its current form in May 2017 when it became a registered charity. 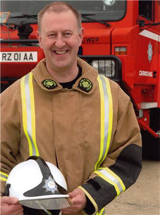 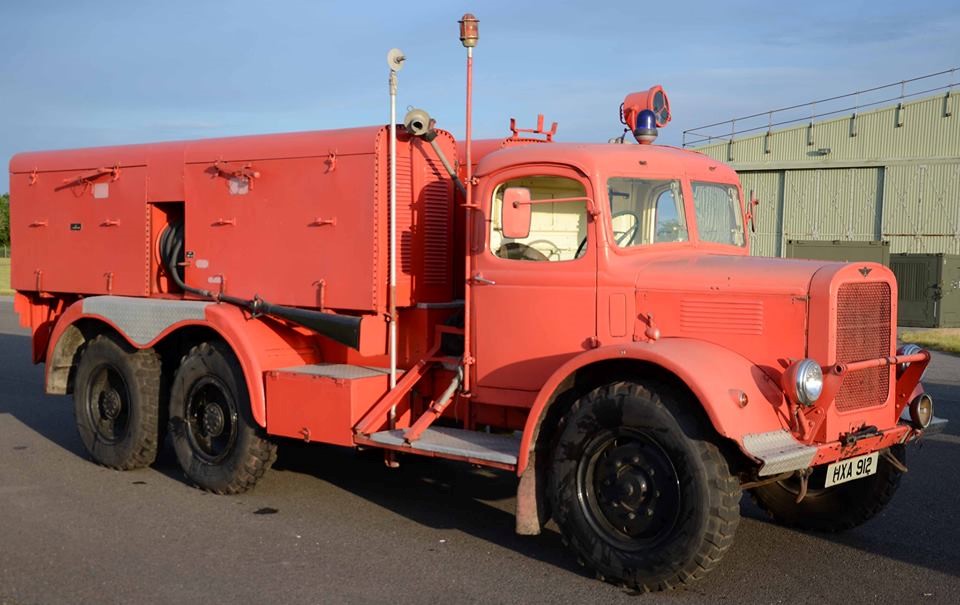 The museum contains over 50 fire appliances, both service and civilian. In addition over 100 tons of memorabilia are on display. Items include hand operated manual pumps, a horse drawn steamer, trailer pumps, fire extinguishers, uniforms, helmets, models, ornaments, fire hydrants and equipment going back to the 1800’s. Over 40 volunteers maintain the museum. They come from a variety of backgrounds but most have fire service experience both service and civilian. They provide a fascinating insight into the collection and are always on hand to provide additional information by relating their own personnel experiences to the objects that you are viewing.

Thanks to the support of North Lincolnshire Council, the museum is currently located in Scunthorpe. Having previously been located at RAF Manston in Kent, RAF Scampton and Gainsborough, the museum of RAF Firefighting hopes to remain in Lincolnshire, the spiritual home of the Royal Air Force. Lincolnshire, was in fact, known as Bomber County during the send world war due to the large number of bases that sprung up during this period! Conscious of the aviation history that fills this County, the museum is a member of Aviation Heritage Lincolnshire. A network organisation dedicated to telling he story of aviation throughout the County. We are also members of the Association of Independent Museums and a founder member of the Fire Heritage Network UK. We have recently started a programme of mutual assistance with North Lindsey College that has seen students work on restoration projects within their own facilities but in the future, it is hoped that we will welcome students to the museum for work placements, working alongside our very experienced restoration and mechanical team to learn skills that will in turn, enhance their future employability.

The museum recognises its duty to tell the story of these often overlooked firefighters and their accomplishments but at the same time appreciates the part it plays in educating the public in fire safety. Through education, we work together with schools, colleges, universities, community groups and veterans organisations to raise awareness of fire safety in general. If we can save one person’s life as a result of a visit to the museum then surely there can be no better justification for such a facility to exist?