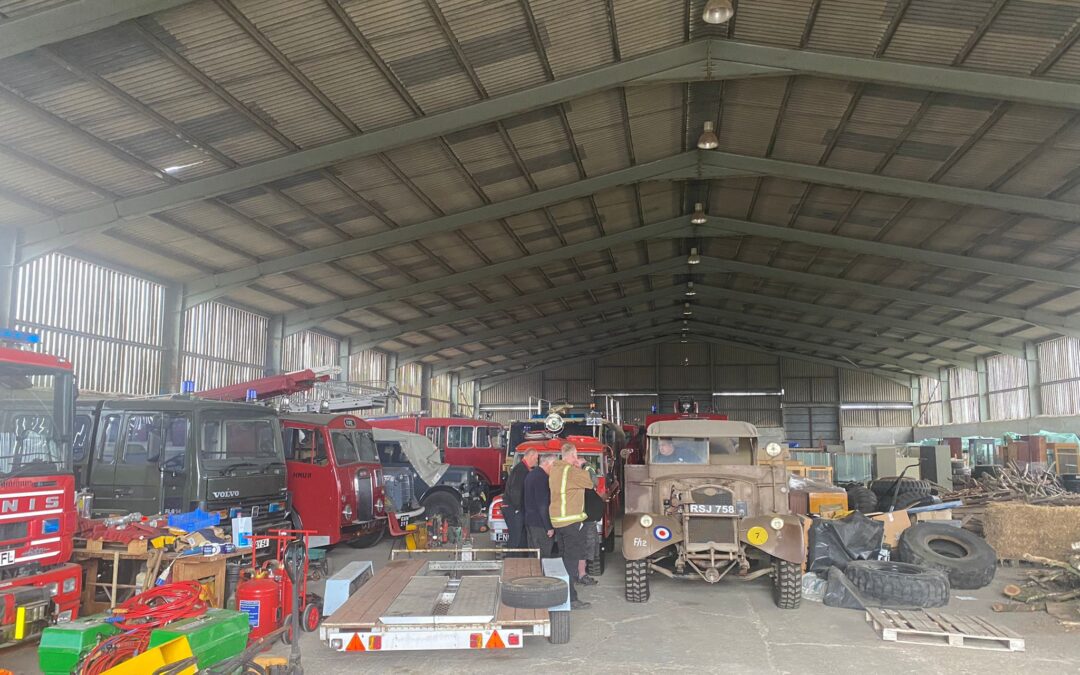 The ‘Bubblewrap Blog’ has been a touch quiet over the last three weeks, but rest assured the efforts behind the scenes have continued as the Museum and volunteers react to the loss of the storage facility which has been our refuge for the last year. The owners have secured a lucrative contract which will support their business in these uncertain times. We would like to take the opportunity to thank the owners for their continued support and help during this time as they are still providing us areas to store the vehicles and artifacts on their site. This, although not the ‘Carlsberg’ solution, still offers the museum a safe storage area which would otherwise cost a considerable sum of money and buys us time whilst we evaluate the many suggestions that were put to us via our social media announcement against the art of the possible with the resources we have at our disposal. Thank you for your support. It gives the volunteers renewed focus and drive to keep fighting to the goal of getting the Museum back up and open to the public.

As you can appreciate, moving 40 odd vintage trucks which have been patiently stored away for over 12 months with little maintenance or running, required an ‘all hands’ effort to get them checked over and prepared for moving. Once again, our volunteers turned out in force to tackle the challenge head on. This included continuing to work on the WOT-1 which was dutifully fixed by our two Amigos who found that a gasket on the carburettor was, as we suspected, the cause of the problems we were having previously where it was whistling like an old kettle. The leaky gasket allowed an excess of air into the engine which was then causing sluggish performance and a higher than usual idle and unreliable choke settings on start up. With this replaced, the engine was back to its usual characteristics which was a huge relief.

Usually with major rearrangements like this, the volunteers would be plagued with delays whilst one vehicle was manoeuvred and sorted out to move out the way of others. This can be an even bigger headache if the brakes have seized or bound on. However, with Doug the Tug, these problems were a thing of the past. One by one the vehicles which were unable to move under their own power were dispatched with the help of the Tug and manoeuvred into their new positions with relative ease. Well, much easier than it was for our volunteers scrambling underneath them to attach the towing fixture!

As this was happening, another set of volunteers were continuing to move the other artifacts that were at risk of degradation through exposure by utilising the van and shuttling the boxes back and forth to our HQ to take stock, reconsolidate and repack. Unpacking and repacking will seem counterintuitive and bring back memories of ‘character building exercises’ during basic training for some of our readers, but after 4 moves and 5 years, some of the boxes are starting to collapse. This will not be acceptable to transport for hauliers and puts our artifacts at risk. We will also be able to resize the boxes to much more manageable, lighter loads which will reduce the risk to our volunteers who will inevitably have to move them again at some stage. The Queen’s Flight Bedford work also continued as well as other maintenance to our other artifacts held at Scunthorpe. At the end of the first day, most of the vehicles were moved out of the shed and the pallets were starting to be consolidated down which was an impressive feat, especially when the boss was not firing on all cylinders at the time.

The second weekend was a bit different as a lot of the Museum members could not make the usual Saturday commitment so we arranged a small contingent for the Sunday morning. Although small in number, the team managed to move the Nubian major which had proven particularly difficult to start the previous weekend. Once the engine fired and enough air had built up, this presented the next problem – bound brakes. Subtle persuasion and bit of tyre scrubbing later, they mercifully released which meant this could be moved to the other trucks after a bit of a run about to give the engine a heat cycle after being stationary for so long. The same was done for the Lincolnshire Volvo which behaved impeccably. As per usual, the 70 year old K6 started without even a hint of trouble and was shifted into its new position. This then left us with only a 50 shunt turn to perform to get the Lincoln Volvo into position and a few more box runs to complete. This meant another 10 pallets were emptied and consolidated which is nearly half a trailer load in real terms.

This weekend our volunteers arrived to find that the original plan for the day had to be changed but the overall theme of continuing to work tirelessly at both sites and ‘think outside the tri-wall box’ to come up with solutions to our storage issues continued. As the new tenant had already started work to move in and take on the maintenance required, we are now having to work around them and their contractors to get the job done but they had graciously given us a fortnight’s grace period to complete our move which is much appreciated. We also got the use of a forklift from, Access Lincs and J Selby Transport Ltd, who have supported the museum on numerous occasions through the years so we are again thankful to them for providing us the resources we need as moving the heavier pallets would put extra strain on our already stretched volunteers. Again, the volunteers pulled another 12 hour shift and all returned home exhausted, absolutely clarted in muck, dust and all manners of oil or grease, but thankfully in time to watch the evening sport with a few beers happy with the progress we’ve made in relatively short time. The years of packing and moving houses between postings has proved useful at long last…

The bank holiday just past also marked the 40th anniversary of the Black Buck missions, where the RAF launched a series of 6,600 mile bombing and reconnaissance missions from the Ascension Islands to deny the runway at Port Stanley which was being used by the Argentine Forces to threaten the UK Naval Task Force mounting an assault to take back the Falkland Islands. The historical accounts behind these missions are prime examples of the skill, innovation, adaptability, skill and can-do attitude that our Armed Forces pride themselves on and allows them punch above their weight even today.

We were recently contacted by one of the 13 RAF firemen who were initially deployed forward to the Ascension Islands in April to join the MV Atlantic Conveyor which was part of the task force. Although they were told to pack and board the ship, it didn’t happen and they then remained on Ascension for the next four months witnessing resupplies and an incredible amount of aircraft movements on an airport built to handle 2 or 3 movements a day. These memories, irrespective of how small, often help us to piece together the personal accounts and details which are often not recorded at the time but are invaluable to museums to explain the human element of historical events. If you were a Navy Aircraft Handler or an RAF Fireman involved in the initial conflict or subsequent military presence on the island then please get in touch with us or the RAF and Defence Fire Services Association who are planning to commemorate the anniversary with a special issue of their magazine, Flashpoint – we would love to hear your stories. 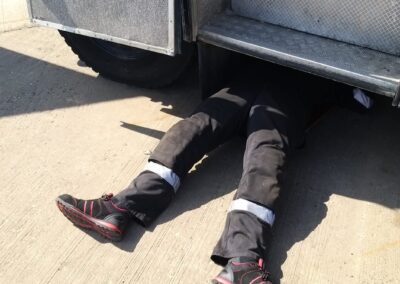 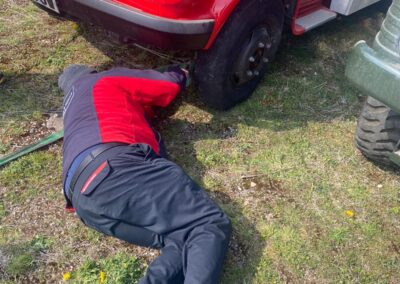 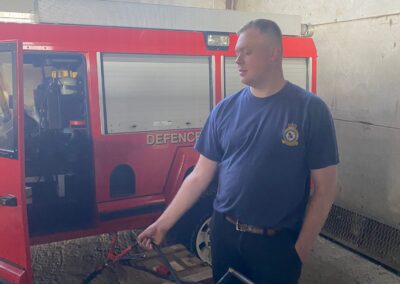 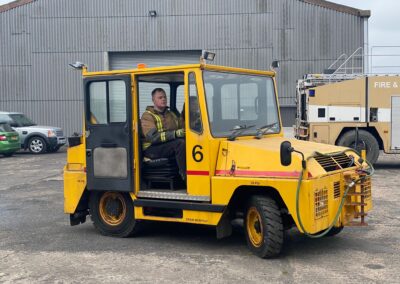 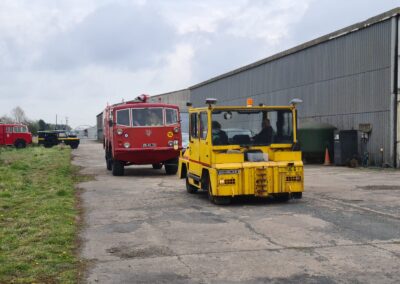 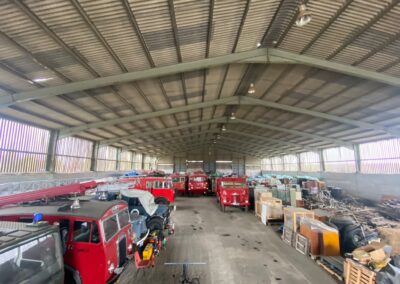 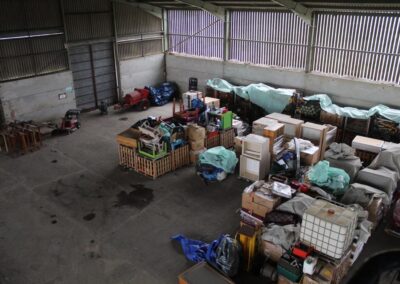 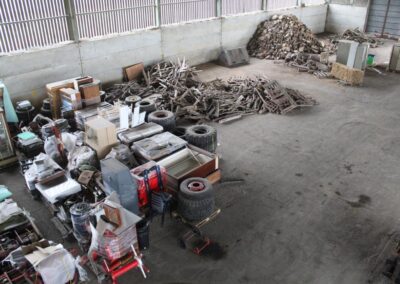 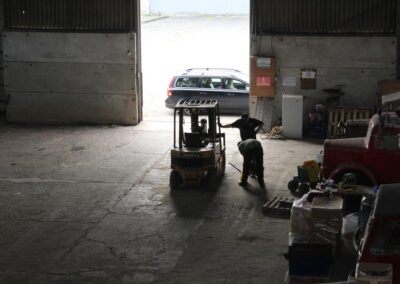 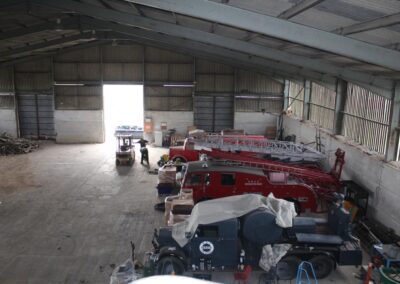 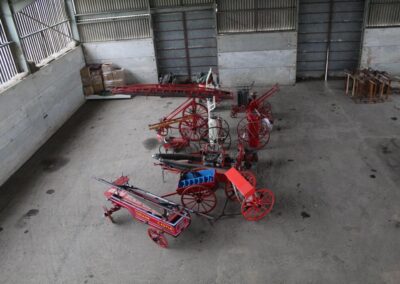