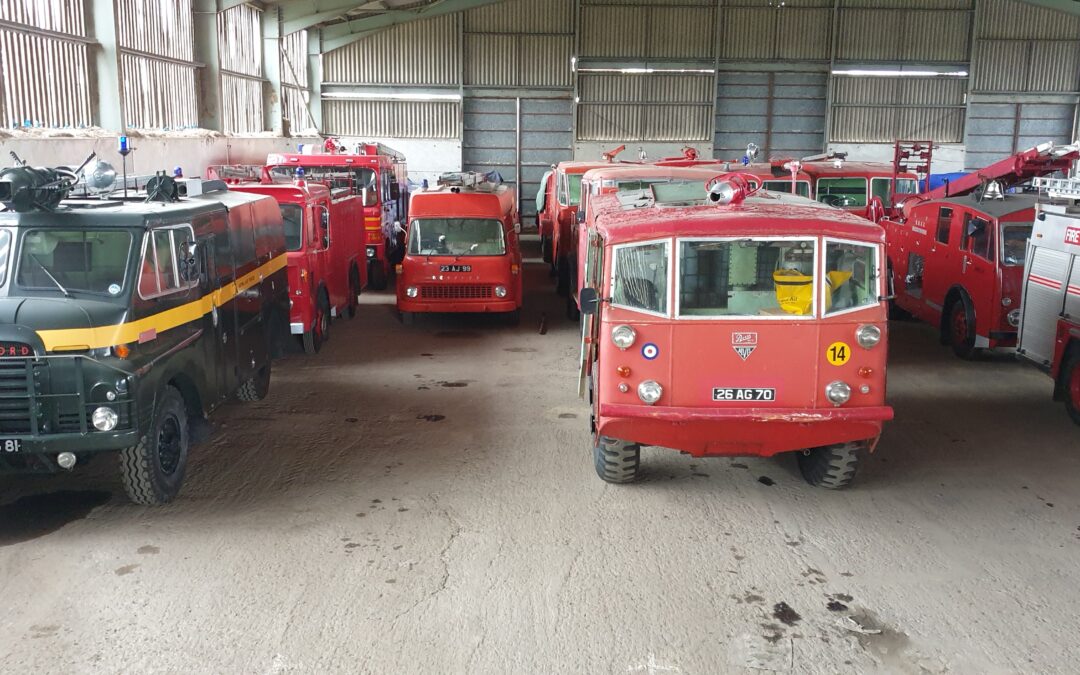 July 1991 marked the arrival of the E-3 Sentry into the inventory of the RAF and commencement of operations at RAF Waddington, where the aircraft have now graced Lincolnshire skies for 30 years. According to RAF Waddington’s Facebook page, it is now the longest served aircraft type ever at the station, having marched past the Vulcan’s record 27 years some time ago. The 7 Sentry aircraft, operated by 8 Squadron, are affectionately named after the Seven Dwarfs from Snow White, but often remind this author of the Humbug Mint; due to the black and white striped radar mounted two thirds of the way down the fuselage.

With the contract signed for the new E-7 Wedgetail, coupled with the announcement 8 Squadron will be based at RAF Lossiemouth from 2023, the remaining 4 flying dwarves (or humbugs) will be gracing Lincolnshire skies for a only a couple more years. The pages of history are calling for this flying operations room after an impressive list of operational accolades.

This week at the Fire Museum our band of merry ‘dwarves’ (and ‘dwarfette’) assembled with a tune in our step and plenty of enthusiasm to continue on a number of tasks in and about the Museum admin site at Scunthorpe and our storage area.

One of the biggest issues of having multiple sites is knowing where everything is and what you will need for the next date or task at hand. Usually, we can get away with it, but with the first show only three weeks away (!!!!), the van and a small team were dispatched to collect some essential items which were absent from Scunthorpe. This included display boards and other small things we can use for the Classic Landrover Gathering at Skillington.

The rest of the team cracked on to get the Forward Control Landrover ready for its upcoming dispatch by hoovering out the vehicle and carrying out some basic maintenance to make it look a bit more presentable. This vehicle is still in need of restoration, but as the saying goes, there’s nothing wrong with a bit of glitter. There was also some minor mechanical rectification work, again for the aesthetics of the vehicle. Photo boards were also refreshed to show the wider collection and things the museum gets up to. Our two senior members also continued their battle with the hose cart but often took shelter to avoid the rain and the Bedford TK, the Flying Brick, was also given a trundle about the yard to sort some gremlins.

The inventory work to catalogue and sort the collection also continued but this week we had two laptops on the job on different floors. This enabled the team to get through loads more artifacts before the day was out. This included a load of uniforms, yes with the horrendous green string undergarments, but more interestingly, five of the helmets from the collection. This is but a tiny fraction of the helmets the museum has to display, but the examples booked in gave a great impression of the experimentation and development through the years. Whether its changing materials, function or design, looking back through the smaller parts of the collection often gives much more understanding of the changes and demands of the RAF Fire Service than just the vehicles by themselves.

It is often easy just to think about the big shiny thing presented right in front of you and be blind to the other factors surrounding its operation and development whilst visiting museums or attractions. People also have many different perspectives, triggers or reactions to exhibits depending on various factors within their own lives. With the right opportunity, and support, the Museum of RAF Firefighting are relishing the day when we will be in the position to bring these artifacts and stories to the public once again. 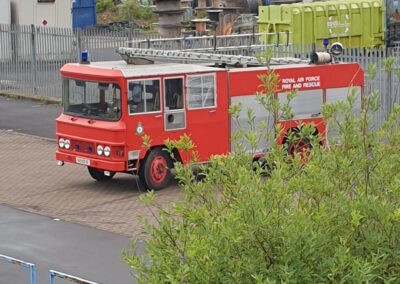 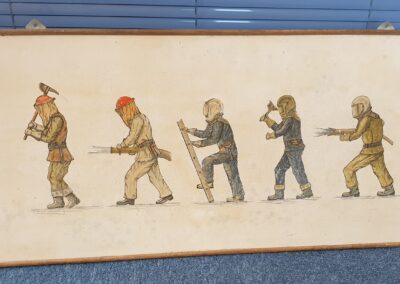 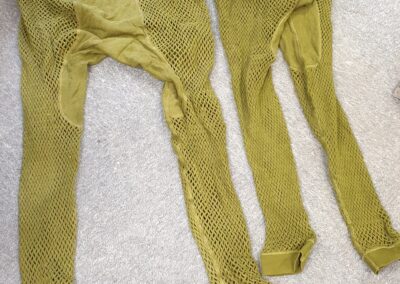 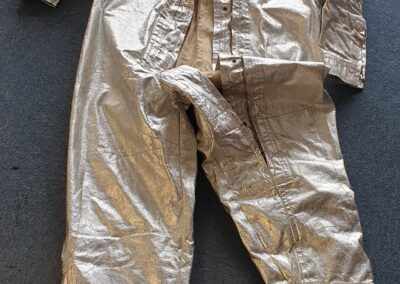 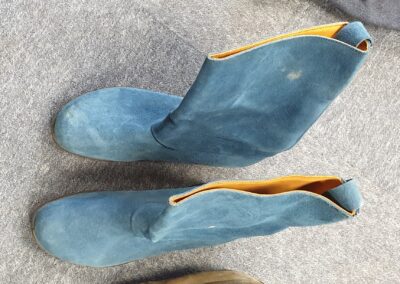 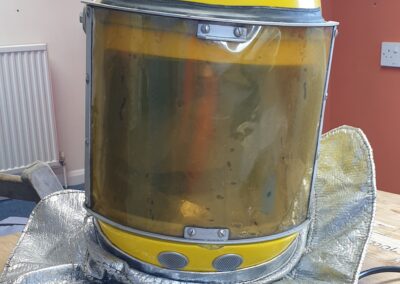 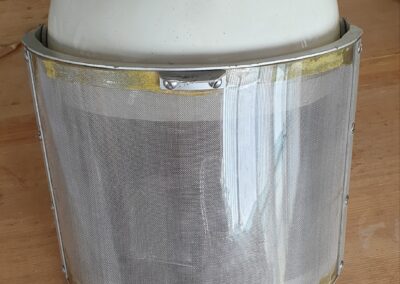 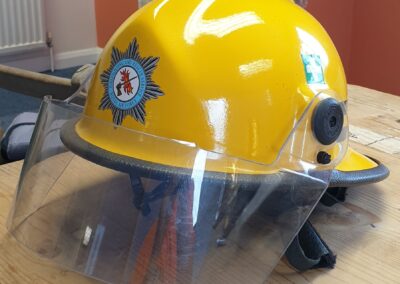 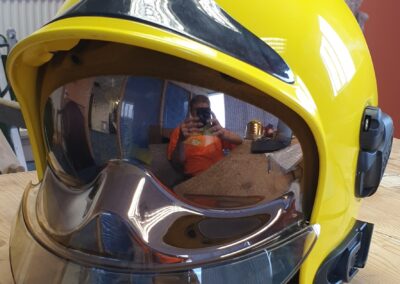