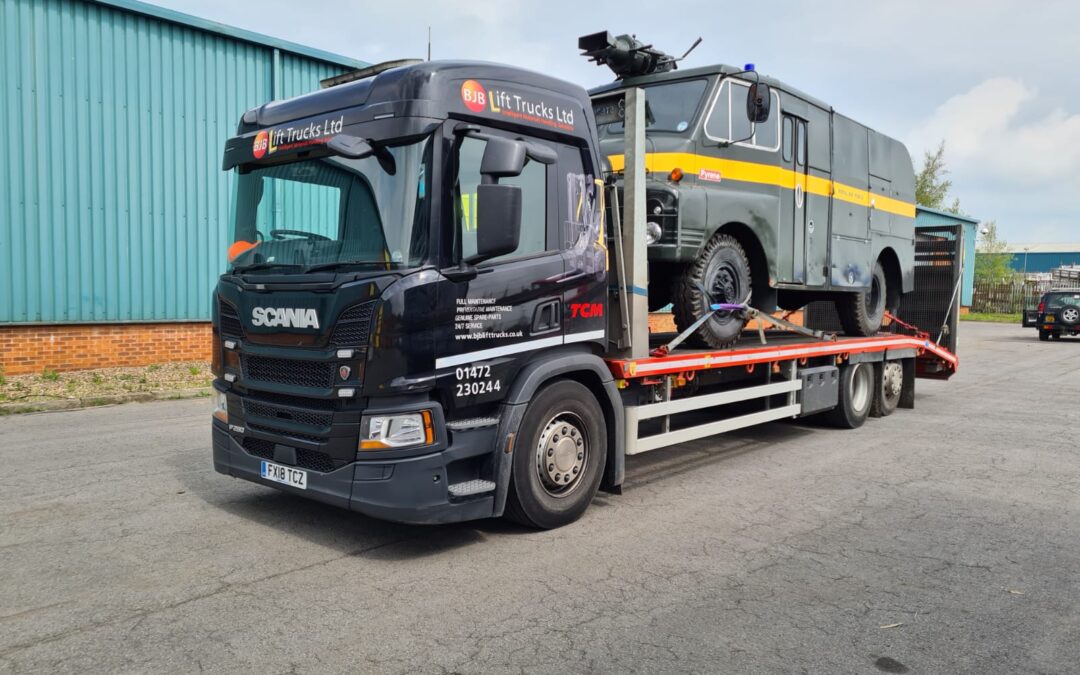 Eighty years ago today, Frank Whittle’s Gloucester E roared into the skies at RAF College Cranwell in a quest to prove that jet power would out-perform the propeller driven planes of the time – a view that RAF top brass or the Air Ministry did not share. Like Whittle’s world changing invention, this weekend at the museum really did show what can be achieved if you have the right team, a good plan and the determination to succeed.

BJB Lift Trucks Ltd graciously allowed the use of their swanky Scania Beaver Tail which enabled us to move the Victorian Street Escape Ladder, trailer pump, the Mk 8 and the Mk 5A from Scunthorpe into our storage area. This will protect them and prevent further damage to the vehicles which have been exposed to the elements over the last 12 months. The use of the beavertail also meant another thing – an incredibly powerful hydraulic winch which made the loading and unloading of the vehicles a lot easier and quicker at both ends.

The restoration of the Explosive Storage Area Hose Cart also began in earnest with two of our volunteers starting to strip the paint off the box and frame. The work to consolidate the library and reorganise the Admin/HQ area also continued with more artifacts being sorted and distributed through the space available.

The world’s biggest game of pallet and vehicle twister was in full swing at the storage area to facilitate the new arrivals throughout the day. By reorganising the pallets, we have managed to create enough space to store another line of vehicles and allows the team to quickly access those appliances being utilised for upcoming shows. Details of which will follow in due course. As the jump pack was being utilised back at Scunthorpe, the variety of methods explored to jump and start vehicles must have ranged into double figures. Two pallets worth of fragile and perishable artifacts – such as pictures, wooden boards and mannequins – were also transferred back to the admin HQ to ensure they are stored in the best possible conditions and the plethora of loose articles were also sorted to provide more space for the incoming vehicles from Scunthorpe.

After the appearance of so many vehicle shaped holes at Scunthorpe, the volunteers manoeuvred the other appliances in what seemed like an enormous game of vehicle chess to consolidate the collection and ensure the area is best utilised. As many of our followers and veterans will appreciate, shifting vehicles of this size and condition in confined spaces requires very accurate marshalling, quick reactions and often results in a lot of frayed nerves. However, with much perseverance the team managed to get the job done to leave the site at 1730 for dinner and most likely a drink to celebrate the progress made.

On the subject of celebration, the museum staff would like to raise a virtual glass to Royal British Legion as it celebrates its 100th Birthday this weekend. Probably most recognised through the Poppy Appeal, the RBL  provides financial, social and emotional support for Veterans, Serving Personnel and the families of the British Armed Forces when they need it most. 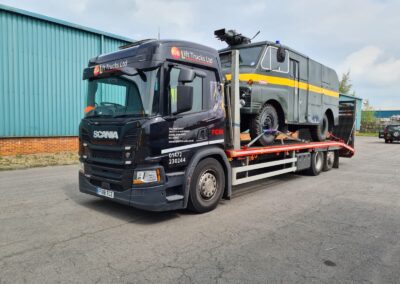 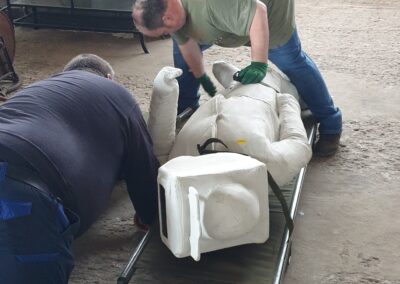 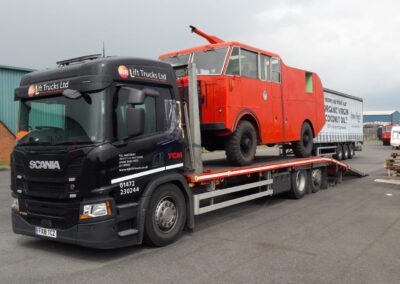 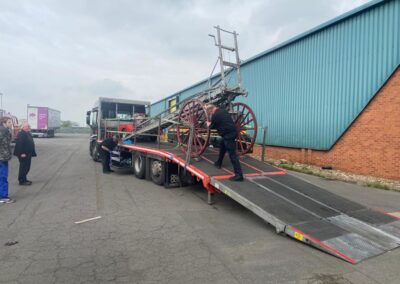