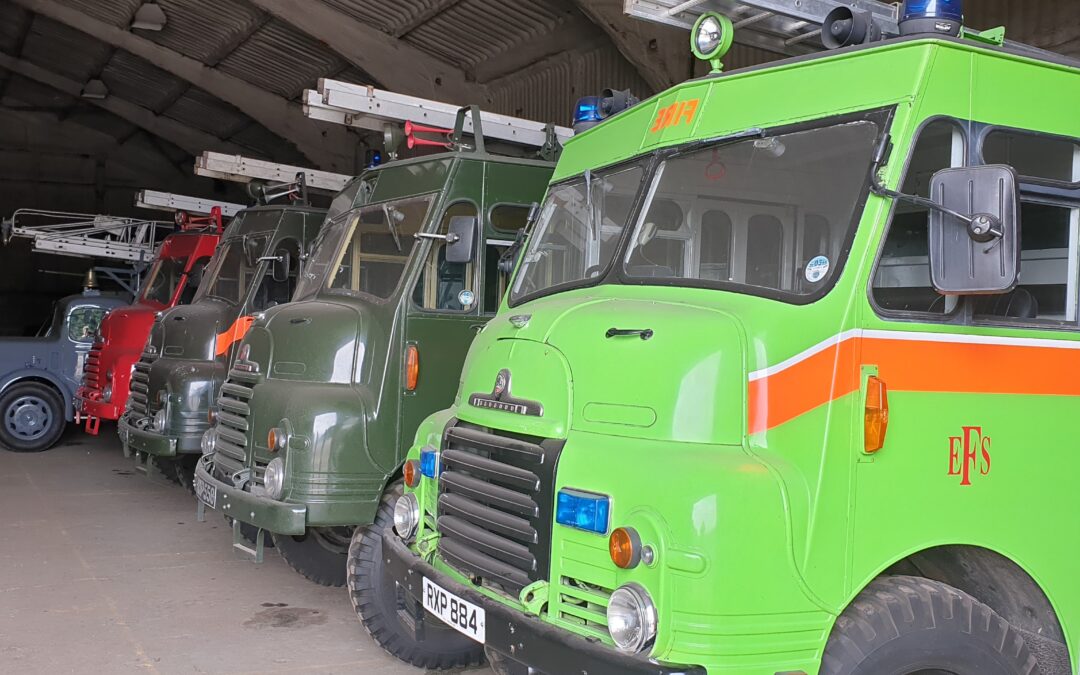 After we won a trophy last week at the Classic Land Rover Gathering, we almost needed UK Space Command to get the Boss back down to Earth! The team really enjoyed getting the collection back on displays and interacting with the public, even if it was only a tiny fraction of it. We have more show dates listed on a different post if you are interested in coming to see us at a show near you.

The boss’ Geostatic orbit soon came crashing to earth when we walked on site at Scunthorpe this morning to find the electrics had tripped when we were away. The torrential rainfall had managed to find a way into the building and had caused some real unpleasant odours and some damage to some of the museums’ property. Thankfully there is no lasting damage to any artifacts but we have taken the warning and moved everything of value out of the way of any potential leak. The debris in the office was all quickly cleared up to the best of our ability but the cause will most likely need professional attention in the coming week. It wasn’t only the building that was affected but the museum Transit’s immobiliser also went on strike which hampered our transport plans this morning. Thankfully this was only temporary.

With the Boss back on terra firma, a small team was dispatched to deal with an urgent request from our landlords at the storage location. This necessitated the move of 5 vehicles from one shed to the other. A small road move of less than 300m. Unfortunately, whether it’s 300m or 500 miles the list of potential problems that we face is still the same, especially when said vehicles haven’t seen the light of day for extended periods.

After inspecting the vehicles for any leaks – and making sure they had fluid in them to leak in the first place – the first of the four Green Goddesses roared to life with minimal fuss and inched out of the shed after being marshalled out of the dark. The team really could have done with some of the UK Olympic team for the tight manoeuvring as all the “power” in the steering comes from the driver in these vehicles. Full lock rotations are just not funny after the fifth time! After the second Goddess extracted itself out the shed, the recently restored Austin K4 duly obliged and followed suit at a more leisurely pace without so much of a cough. Next the Goddess Prototype, the sole example ever made, chugged to life, and eventually moved after a lot of shunting and persuasion by its driver and marshaller. The final Goddess needed a different approach as this had some electrical issues which wasn’t resolved on start up. This time, we were able to tow the appliance using the Dennis Sabre and took the truck on a very gentle, supervised tow to ensure there was no damage to either appliance. This was then pushed with human power to the back of the line with the other non-movers to be rectified later – its surprising how easily these vehicles move without any kit or water on them! After the main effort, we quickly rearranged the other show vehicles that the museum would be taking out on the road for easy access and returned to Scunthorpe – job done!

On return to Scunthorpe the team had been working hard to clean up the mess left behind from the leaks and had dried most of the items affected. We all then had an update from the boss about the Type 45 Monitor. The Museum are still looking for support so if you want to help us save the sole surviving example, please read more about it here. Post briefing, the team clubbed together to strip and clean the recently acquired alligator boxes for use in the library where work has been ongoing to sort the archive and documents into relevant storage boxes, ready for any potential move should the need arise. 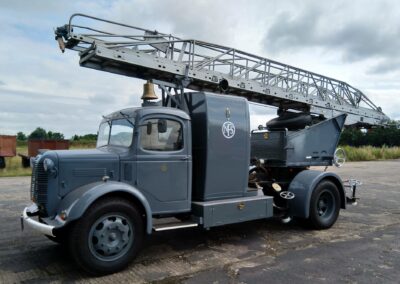 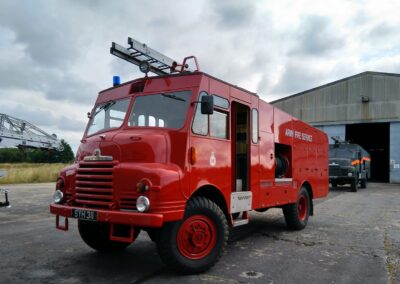 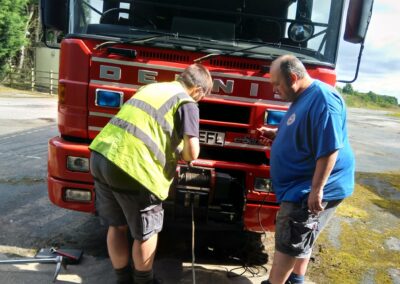 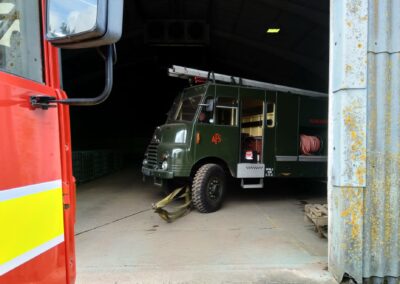 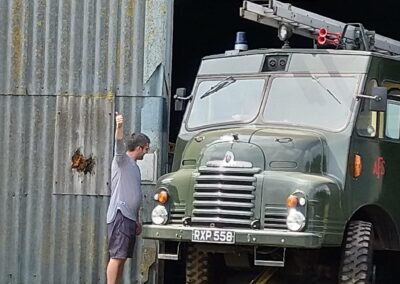 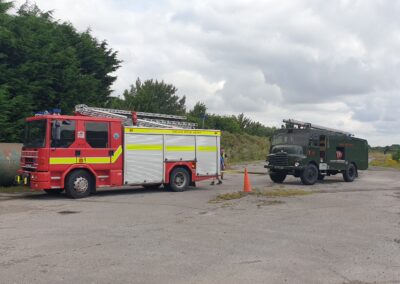 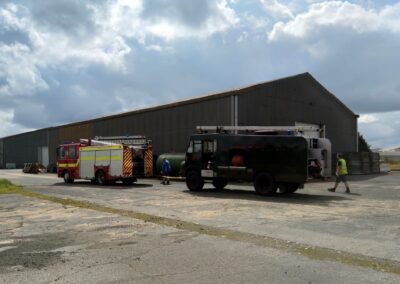 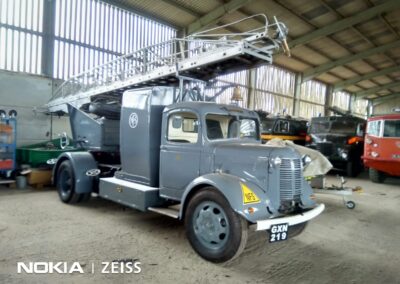