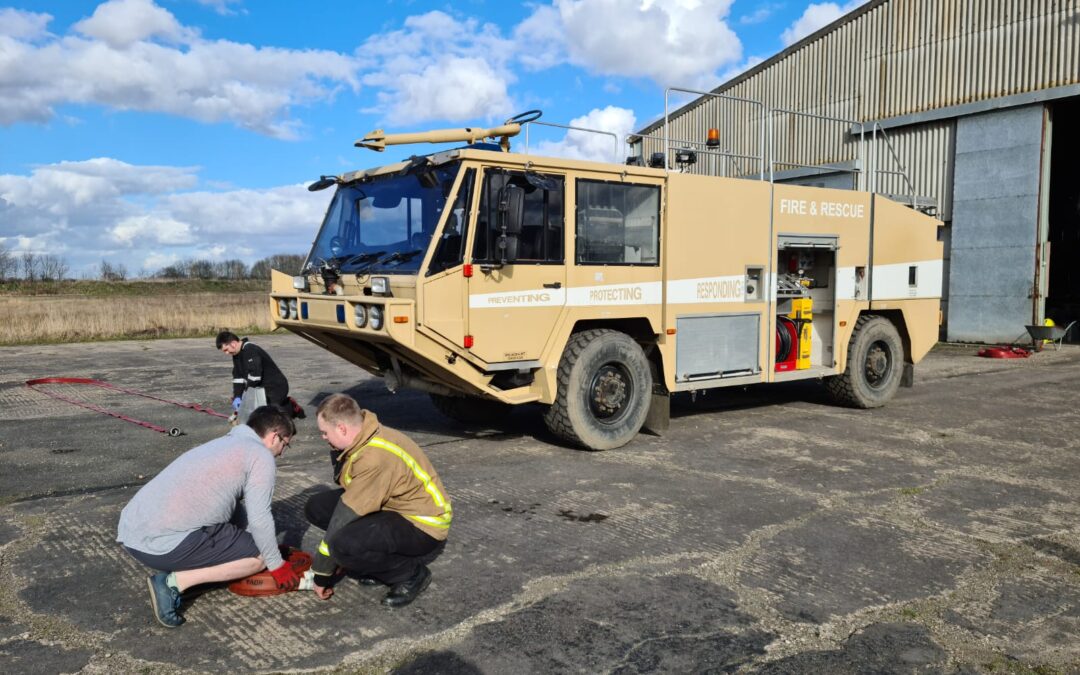 This week the management and leadership of the museum suffered an outbreak of illness which naturally meant the coffee and tea breaks were much shorter and productivity levels went through the roof. Obviously, those reading this with a high level of scepticism wouldn’t be far from the truth and we hope they get better soon. As the multiple text messages testified, Steve’s mind was not on recovery and was definitely on the museum but we are glad Kim and his other family members kept him home this weekend to fully recover.

Early this morning two of the team were hosted at RAFC Cranwell’s fire section for a friendly chat and look around the crash bays as they transfer from their trusty RIV/MFV2 line up to the new MPRV as more come online. As the section had an RIV kitted out and operational, the guys took the opportunity to have a mooch around the lockers and figure out what was needed in each one as the RIV at the museum has been stripped of all of its operational equipment before disposal as is standard with the process. Although two of our volunteers used RIVs during their service it doesn’t take long for the small details, like kit locations in truck lockers, to become a slightly fuzzy memory. Our thanks to the RAFC Cranwell fire crews who hosted our volunteers – your advice and knowledge will undoubtedly be called upon again as we look to hopefully get our RIV back up to operational spec.

First order of the day at Scunthorpe was to continue to estimate the logistics and potential costs that would be incurred by the museum if we had to move out one or all of the storage areas that we have. Although we are safe where we are for the moment – and we are eternally grateful to the site owners for their support – the storage agreements we have can be changed for business reasons which has happened in the past. Should this happen, we want to be better prepared for it so general estimates were made of how many loads and what capabilities or equipment may be needed at each site. Irrespective of which site we looked at, it soon became apparent that this will be an incredibly expensive (in the region of £20,000) and time-consuming exercise (2 weeks solid effort) which is why we continue to ask for your support and donations – they make all the difference to our goal of having our own museum in the future.

After this morning’s meeting and head scratching session to try and prepare for a potential future move, the team relocated to the storage area to help the other volunteers scurry about the accessible equipment that we have in reserve or on other vehicles to re-equip the RIV. Firstly, Doug the Tug had the jump pack plug on his bonnet replaced with a 24V example which will fit the cables we use for the other appliances. Next, the ladders and suction hoses were put on the roof of the RIV and the hose racks were restocked in line with what we could find. This meant dutch-rolling six 45mm hoses, putting the haz-mat shower in the relevant place and loading the hydraulic cutting gear. The side hoses were also reloaded back into the cartridges at the front of the vehicle. This fell to the ‘young-uns’ who were feeling more nimble and up to the task. However, after running back and forth for the 6 hoses, the flexibility and nimbleness was seriously called into question!

The rubberised rocker switch covers were also replaced on the locker switch panels, on the monitor panel and inside the cab as they had perished extensively from the 20 years of use. A relatively simple and cheap task, but one that has really improved the look, feel and usability of the panels on the vehicle. As an added bonus the rocker switch covers also fit another vehicle in the fleet so the bulk purchase was definitely worth it. We also continued to diagnose some other minor issues on the RIV including the light mast which wouldn’t retract when we completed a full function check on the vehicle when it first arrived. A few twiddles and fidgets sorted this issue but we will need to replace the bulbs as it seems they have been previously removed.

Although we only had a few people in the museum this weekend, it didn’t stop us from making fantastic progress and the storage area was closed up happy that we managed to get quite a lot achieved in a relatively short amount of time. Hopefully next week we will be back to full strength to take on another week of logistics and preparation. 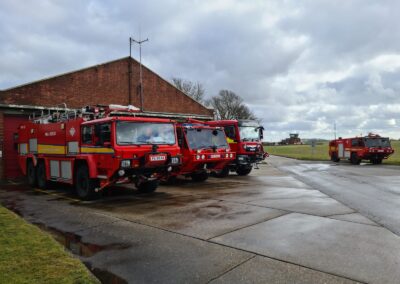 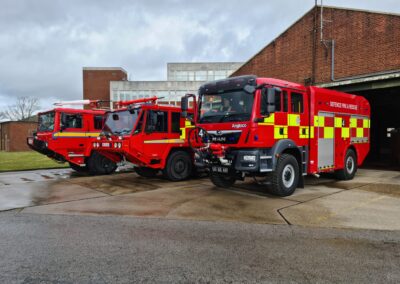 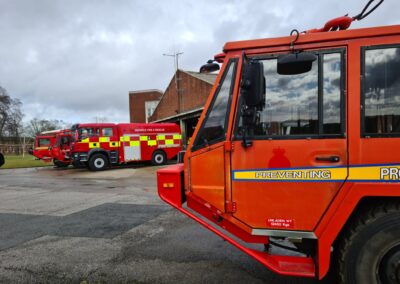 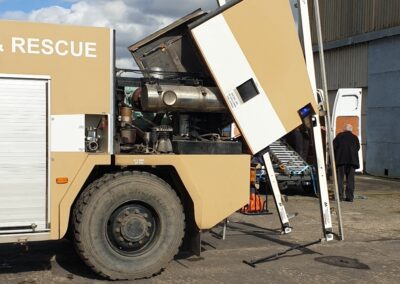 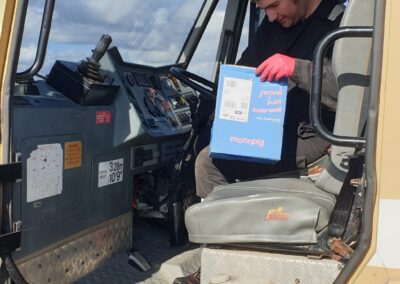 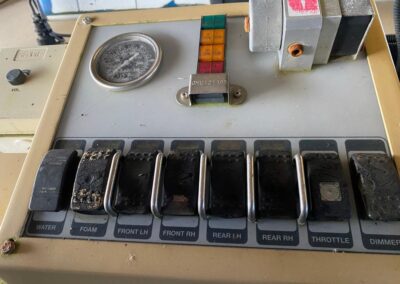 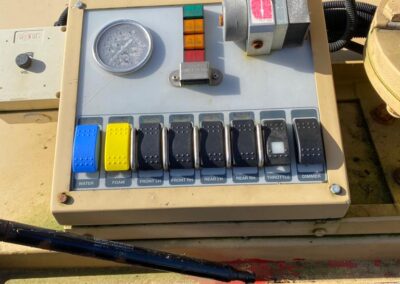 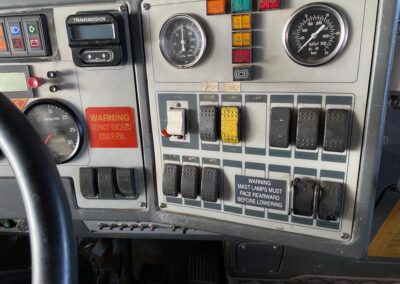 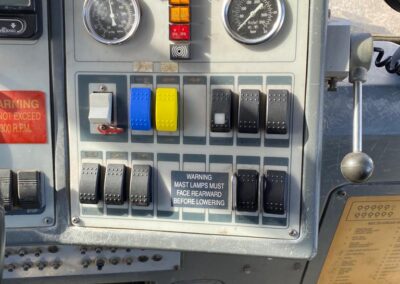 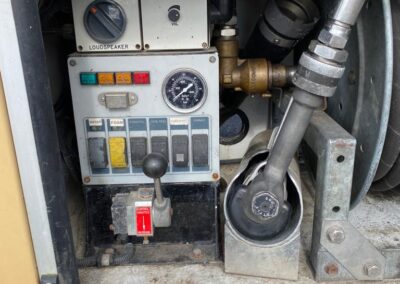 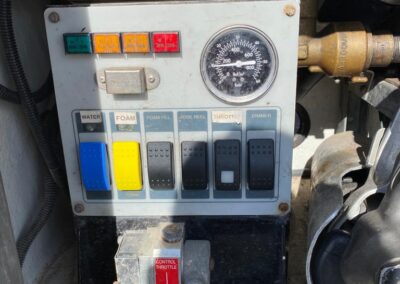 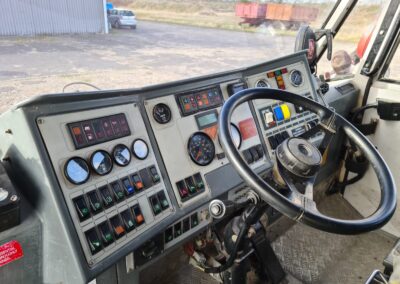 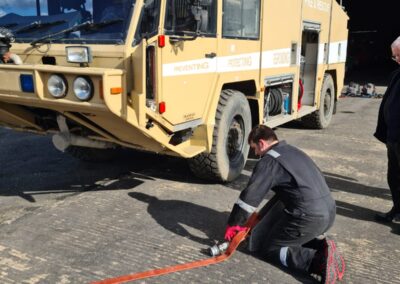 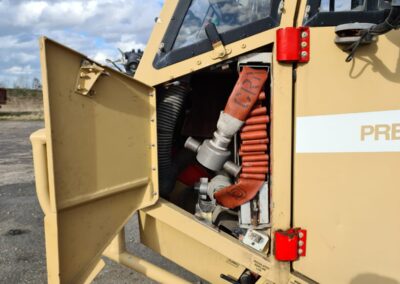 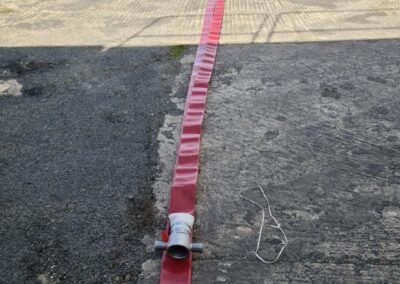 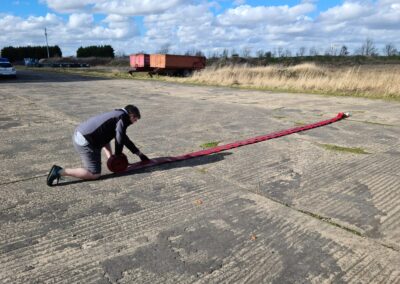 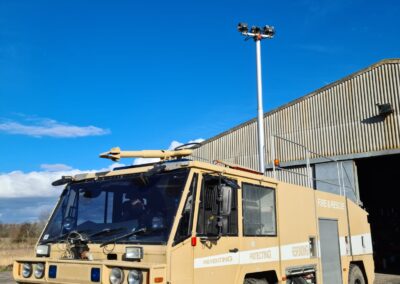 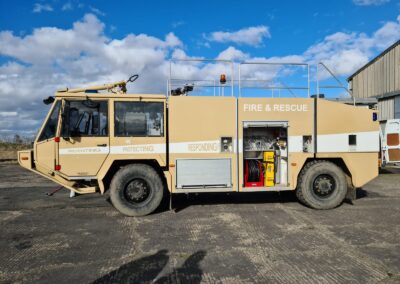