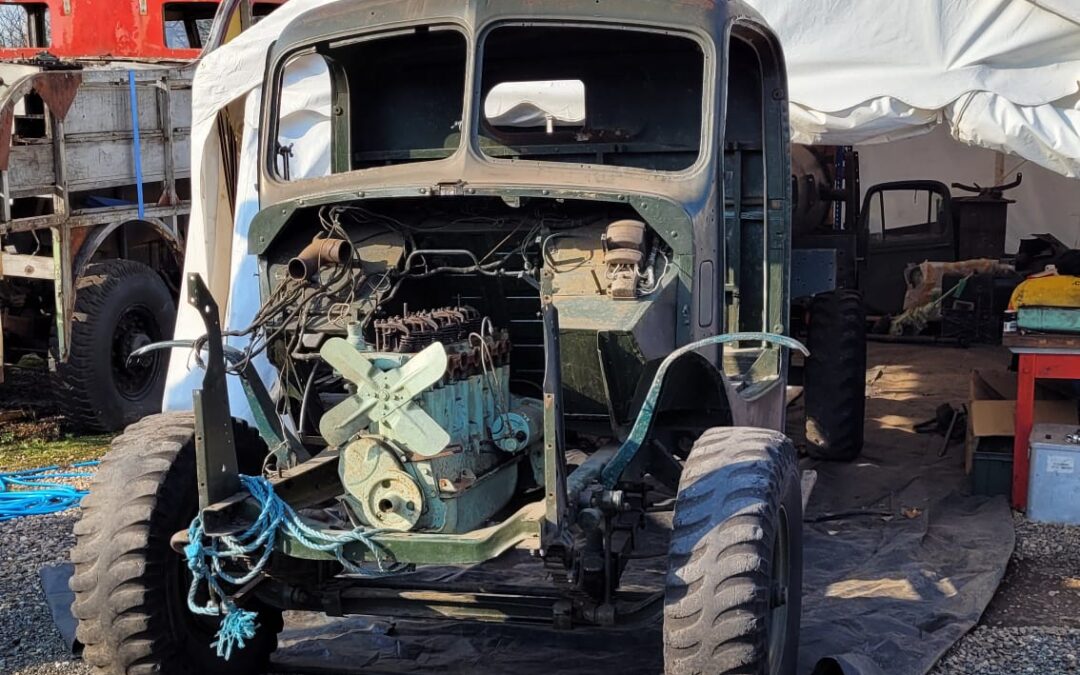 You may have noticed that last weekend’s update to the ‘bubble wrap blog’ was missing as the last week’s activities were going to be combined with this weekend as not much had changed… Or so we thought! So, to rectify this, we are doing a double publication today.

The editor would also like to add that since our last publication we have discovered (remembered) that at least 5 people in the band of volunteers have served with RIVs – much more than the original 2 originally counted on the previous articles – so we have a much wider knowledge base to capitalise on as we progress with getting the truck back up to operational status!

Last weekend saw a small band of volunteers turn out to carry out small inspections and tasks around the main HQ site and our remote storage area which resulted in a few more things being added to the task list. The RIV also had some small rectifications carried out on the monitor and foam tank lid which had the wing nuts replaced. Discussions also continued with how to safely manoeuvre the trucks using ‘Doug the Tug’ which has progressed to having a wood jig fashioned with something that is representative of what will hopefully turn out to be an axle mounted rig which will allow us to tow the vehicles using a rigid bar which is much safer for both the vehicles and volunteers. The next stage will be to find a local engineering firm to fabricate our concoction to make sure it can withstand the stresses and strains of pulling some of our larger vehicles which are currently unable to move under their own power. This concluded Saturday’s work.

Unbeknownst to the rest of us, however, a plan brewed between two of our volunteers to go to another one of our storage areas to start work on our Bedford OY Water Tanker and check on a MK5 which is requiring a full restoration – on a Sunday no less! Long term readers will remember that we moved the Bedford OY to storage last year and put it under a Gala shelter ready for it to be stripped and restored from the ground up. Well, not much else had progressed since until the pair made a special Sunday effort and really got stuck into it with the help the owner of the storage area.

First off, the MK5 was un-covered to address the small ocean which had collected in the middle of the tarp which, whilst it proved the tarp was doing its job, needed to be emptied before the sheet ripped or collapsed into the back of the chassis under the weight of the water which had collected. The vehicle was then left to air out a bit in the sunshine whilst the guys got on with some other jobs around the Bedford OY.

The first task of the day was to do a full recheck of the vehicle and list out the jobs which could be done in the time they had left had in the daylight as the tent has no lighting. First off, the brake servo, flywheel cover and the gear box were all removed which proved easier than first expected as most of the nuts were easily removed for a vehicle of its age! The doors were also taken off and the other parts catalogued as it is very easy for engine parts or bodywork to be mistaken for other vehicles or be misplaced during moves.

The vehicle was then nosed out of the tent into daylight for the first time since its arrival to allow the removal of the engine from the chassis using the owner’s telehandler. The vehicle and engine was then moved back into the tent before the engine was placed in front of it as storage is at a premium at the moment. The work completed on the vehicle so far has meant we are now in the position to start sharing the work or outsourcing it to the relevant professionals for skillsets that are outside of our own – all of which isn’t possible without your continued support. 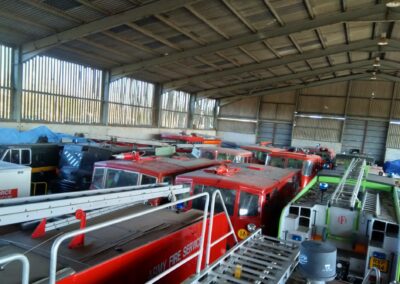 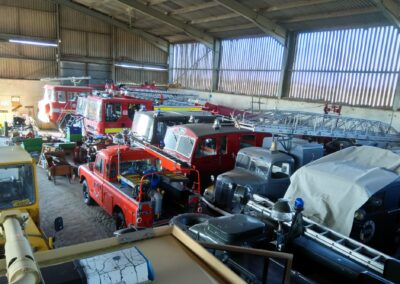 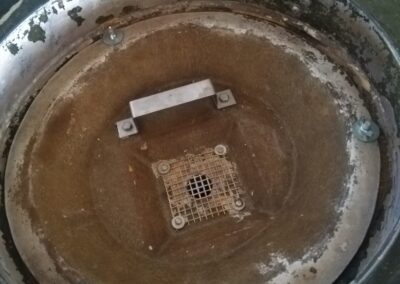 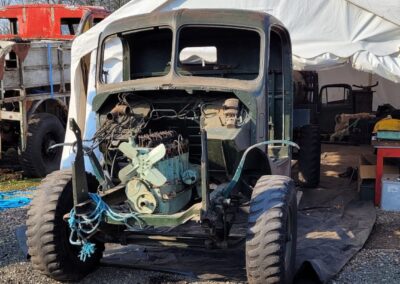 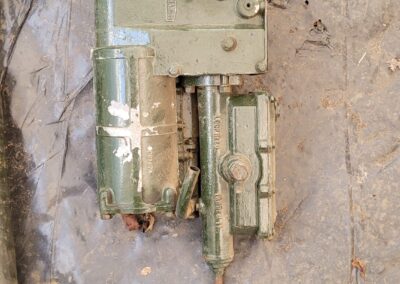 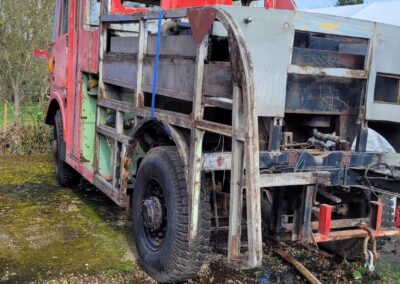 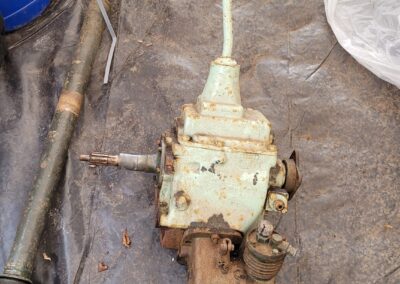 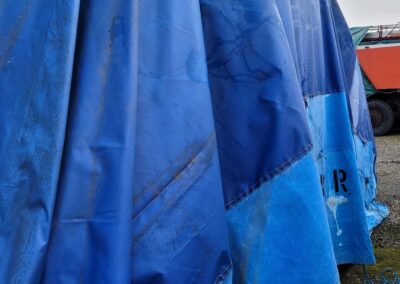 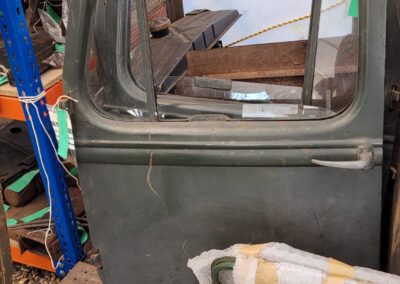 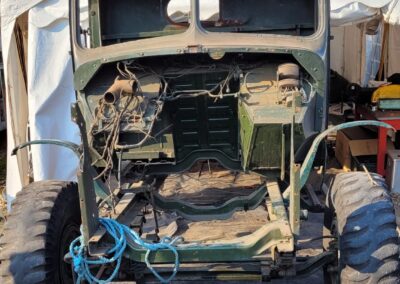