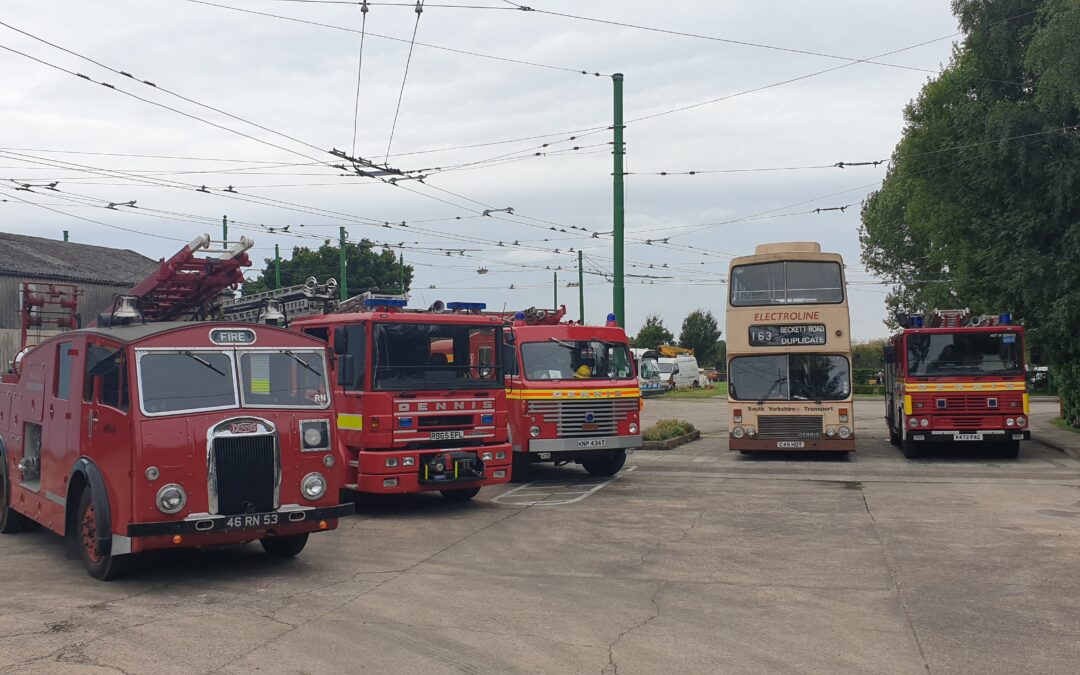 In an effort to represent the seafaring veterans among the Museum of RAF Firefighting volunteers, this week marked the 80th Anniversary of the first Arctic Convoy sailings during WW2. Not to be mistaken with the Atlantic Convoys, these journeys north, to the ports of Murmansk and Achangel, were essential to demonstrate the Allies support to the Soviet Union without opening a second front. The 78 convoys delivered over 4 million tonnes of supplies as well as essential vehicles, tanks and aircraft to help the Soviets fight the Nazi’s military might.

Churchill’s description of the journey as “the worst in the world,” was definitely not an exaggeration as the convoys battled extreme conditions and the constant threat of attack from Nazi Sea and Air Power. The loss rate for the Arctic Convoys was the highest of any Allied Convoy Routes. Eighty-five merchant ships, 16 Naval vessels and 3000 personnel were all lost during the 78 crossings.

The journey to attend the Blues and Twos Event at the Sandtoft Trolley Bus Museum was thankfully a lot less hazardous this morning and the team quickly readied the Austin K4 Turntable, the Green Goddess Prototype, Nuclear Convoy Volvo, Navy Dennis F12, DP1, WOT-1 and Dennis Sabre to attend the show. Most of the trucks fired up with little fuss and were soon lined up outside our storage shed warming up for the journey ahead. The sound of the 8 vehicles rumbling away down the road was a great sound to hear and the early visitors to the show were undoubtedly impressed with the wide variety and quantity of vehicles that arrived to be displayed.

Once parked up at our allocated spot the team quickly setup the shop and spent the day speaking to people and showing them around the vehicles and the very small display of helmets and models that we had hastily put together that morning. We also welcomed back some of the volunteers that we hadn’t seen for an extended period due to the pandemic. It has been fantastic recently to see the team get back out with the public and to also welcome back volunteers that have been isolating and we have missed dearly after all these months.

The Nuclear Convoy Volvo and the Goddess Prototype were definite crowd pleasers mainly due to their rarity and unusual characteristics. The Nuclear Convoy has not been displayed since the 2014 Waddington Airshow and has recently been fully re-sprayed so it was nice to be able to show it off again to demonstrate the wide variety of roles the RAF Fire Service has performed in the past.

The day sailed by and was peppered with a variety of demonstrations from different vehicle owners and groups which one of our volunteers was poached to make up another group’s numbers. Whilst we all jokingly thought he would be the casualty, it turns out they took on the role of Hazmat response and put out a chemical fire with the crew. The Trolleybuses were also giving visitors regular rides around the site which was a sight to see – but not necessarily hear – due to their silent electric motors. It is an interesting thought that the Trolleybus technology that was phased out during the 70s is potentially making a comeback on a trial with Lorries on a 12 mile stretch of the M180 in an effort to reduce emissions. No doubt the Trolleybus Museum will be watching that with much interest!

As the afternoon progressed, an impromptu request saw the F12 and Sabre lined up with the rest of other Dennis Appliances and bus for the crowds and their cameras. The F12 was also specifically requested for a photo with a London Transport Bus. Of course, we duly obliged and the crowd was treated to the Dennis making a couple of laps around the trolleybus track to facilitate this. Afterwards, our Goddess prototype ended up between a couple of its original siblings for another photo opportunity and certainly made a stark contrast in colour, but not necessarily capability, which is why it is one of a kind.

With the day ending, the vehicles were all duly lined up to go back into storage. The Boss, having arrived from the setup at LincsFest, was treated to a rare drive in the DP1 but it had other ideas and duly broke down in protest at being put back in storage. Once a minor oversight was rectified and the fuel tank was re-filled, the vehicles were all placed back into the shed and the team retired home to look forward to a rather special day tomorrow where we are due to unveil the Fordson 45 Monitor – our newest vehicle in the collection – at LincsFest – we hope to see you all there! 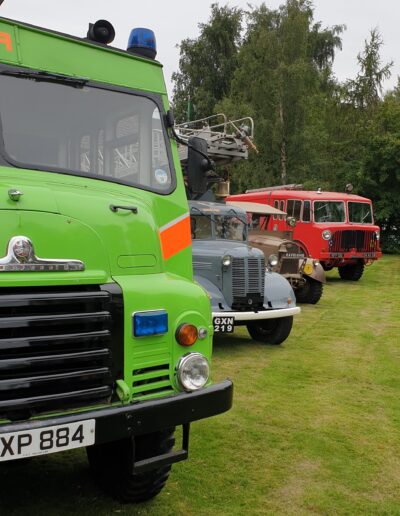 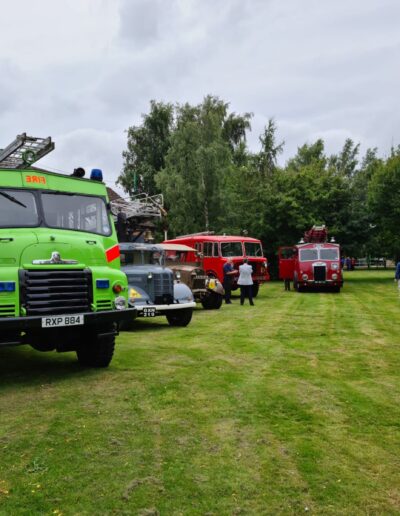 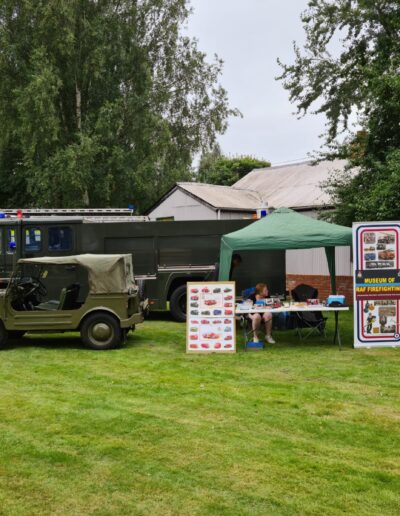 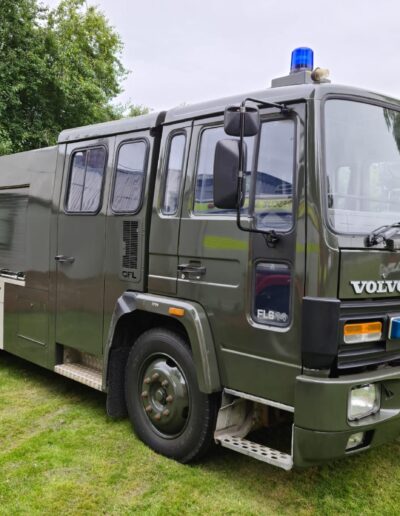 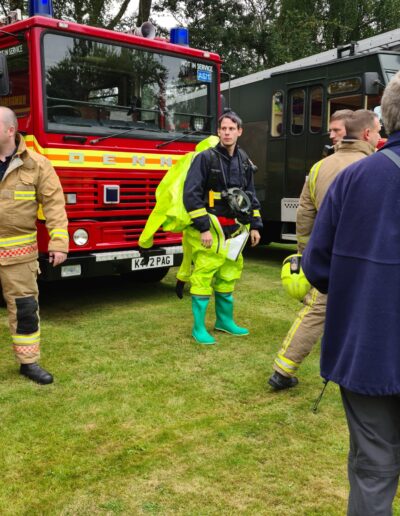 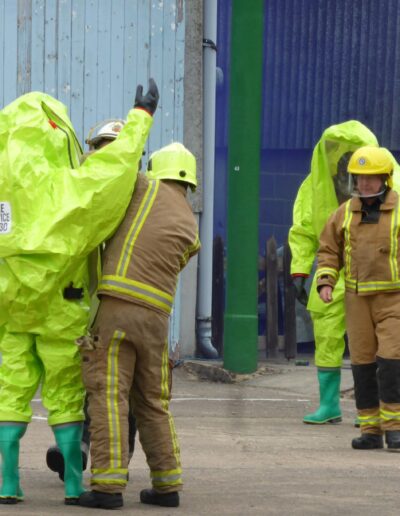 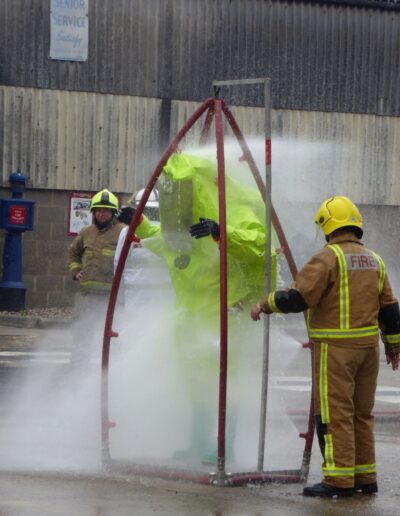 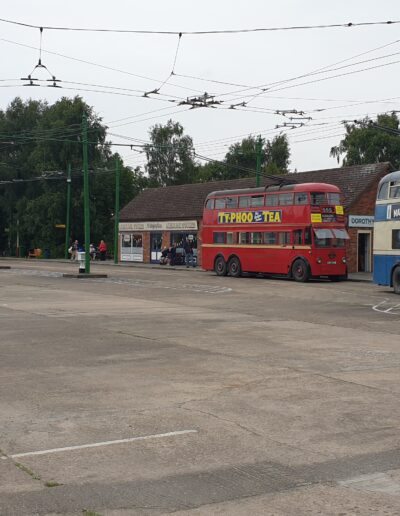 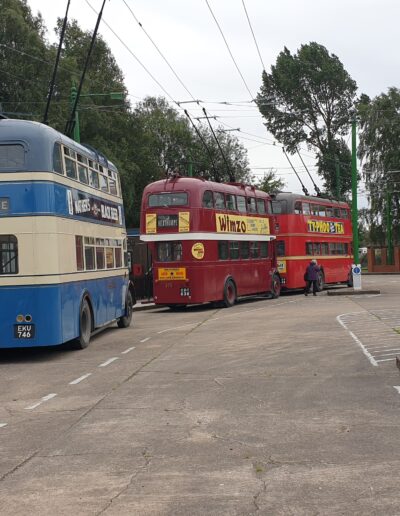 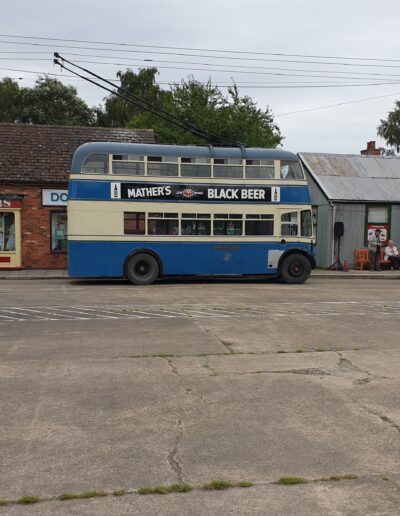 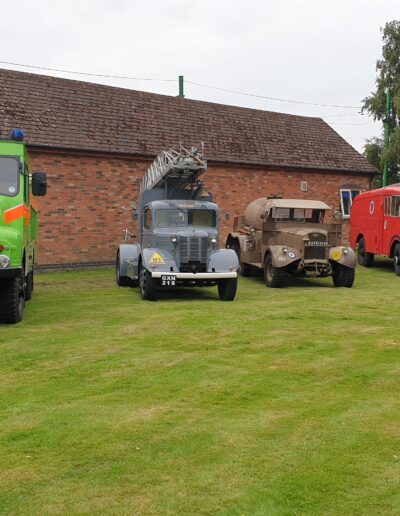 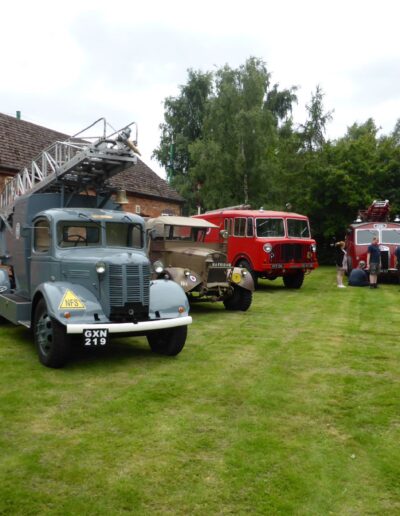 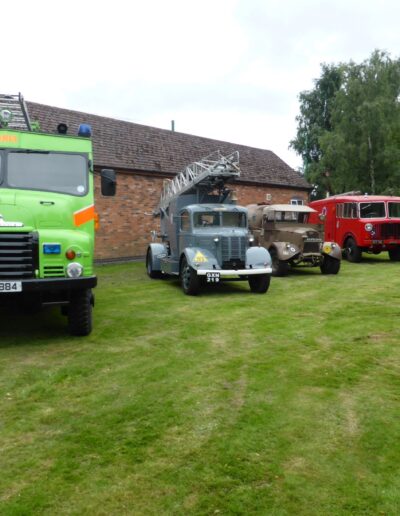