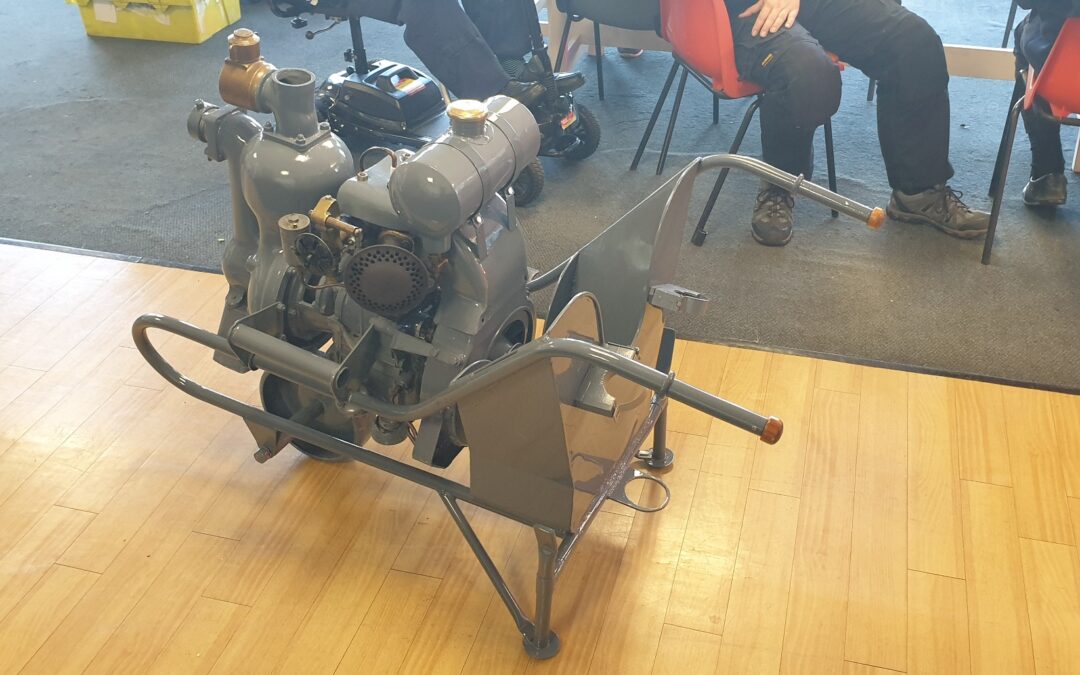 With all the storms in full force, 8 volunteers spent most of last week was trying to re-secure the cover that we had previously tied to the MK6 round the back of the HQ whilst trying not to take off with it! Thankfully – and dare we say luckily – there was no damage to our vehicles or buildings although we did have to empty quite a bit of water out of the buckets at the HQ.

The horrible weather outside meant we were mostly confined to the inside of the HQ and continued with the transfer of the library into the more manageable alligator boxes and inventory work. This is making a real difference amongst the HQ and preparing the museum to move when the time comes. Finally, we welcomed a new arrival of a J.A Prestwich (J.A.P) engine that would have been originally used as a slave engine on the Bedford OY which is currently under much needed restoration. This will be restored when it is required for the project and refitted on the rear of the vehicle. If the day’s weather wasn’t bad enough, the arrival of freezing fog and snow sparked the end of the day and the team retired early instead of battling further with the horrendous weather.

This week we are finally able to write that the Museum volunteers arrived at the gates of the HQ at Scunthorpe bathed in the welcome warmth of sunshine and blue skies after such terrible weather over the last ten days. Pip’s Snack Shack also made a welcome return so the team were well fed for the days work ahead.

The Scammel Trailer Pump was also collected from North Lindsey College after a two-year – COVID-19 extending – restoration this week so we took the opportunity to take it outside and give it a brief run to keep the parts moving and ensure the great work of the College is maintained. As you can see from the video it was a bit of an art to get the unit started but once it was up and running it sounded great. It seems amazing to think that it hadn’t run for 25 years up until the college got their hands on it so its a great achievement by the students and tutors involved. The pump also now looks fantastic in its brand new Admiralty Grey paint job and once a few bits are placed back on it, it will serve as a fantastic display next to the Austin K4 which is from the same period.

A few of the team made an early start over to the storage area to straighten the ladder rack on the back of the newly acquired Alvis Unipower RIV and replace a broken headlight switch in the cab which solved one of the minor problems that we were experiencing with the vehicle. They also had a look at a plastic surround on the IBEX vehicle which was easily rectified and is now back in place after some minor fidgeting.

The team then split down further with some departing to another storage site in the county to sort out some sheets that had come loose after the storms last week and make sure that the vehicles were still in one piece. Thankfully everything seems positive and some work was carried out to ensure the trucks were in the adequately protected against any further weather.

With the team at the HQ reformed we carried on the work in the library, policy creation, tidying the areas downstairs that required some attention and continued cataloging Steve’s extensive model collection. Whilst it was nice to see the models after so long in the boxes, it was also slightly tinged with disappointment that they were instantly being packed away. However, as a popular drink states – good things come to those who wait!

Lastly, the events that are unfolding this week in Ukraine have shocked all the museum volunteers and we of course hope that a resolution is found quickly so that hostilities can cease, and the Ukrainian people can continue to live as a free, democratic nation. We cannot begin to imagine the strain and risk that the local emergency services and armed forces are putting themselves under to defend their country we are inspired of the stories of bravery that are emerging in the media.

As a group of veterans, we are also acutely aware of just how much pressure and uncertainty the UK’s Armed Forces and their families must be under right now and we pass on the greatest of respect and wish them all well as they continue to keep our country safe. 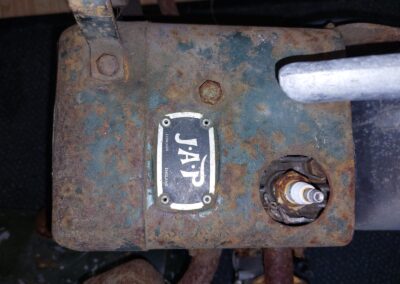 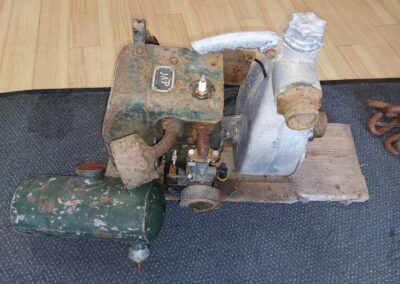 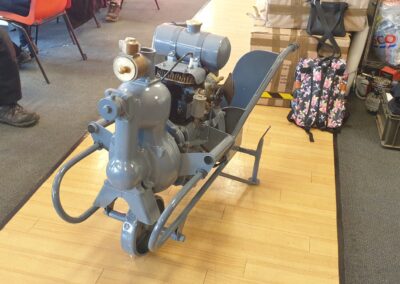 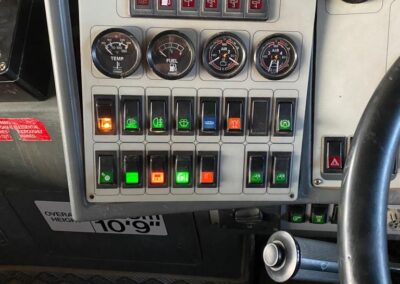 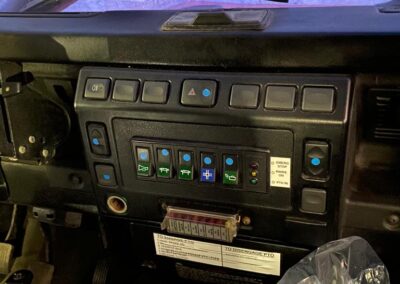