Weekend Update: Museum Receives a delivery from the Falklands 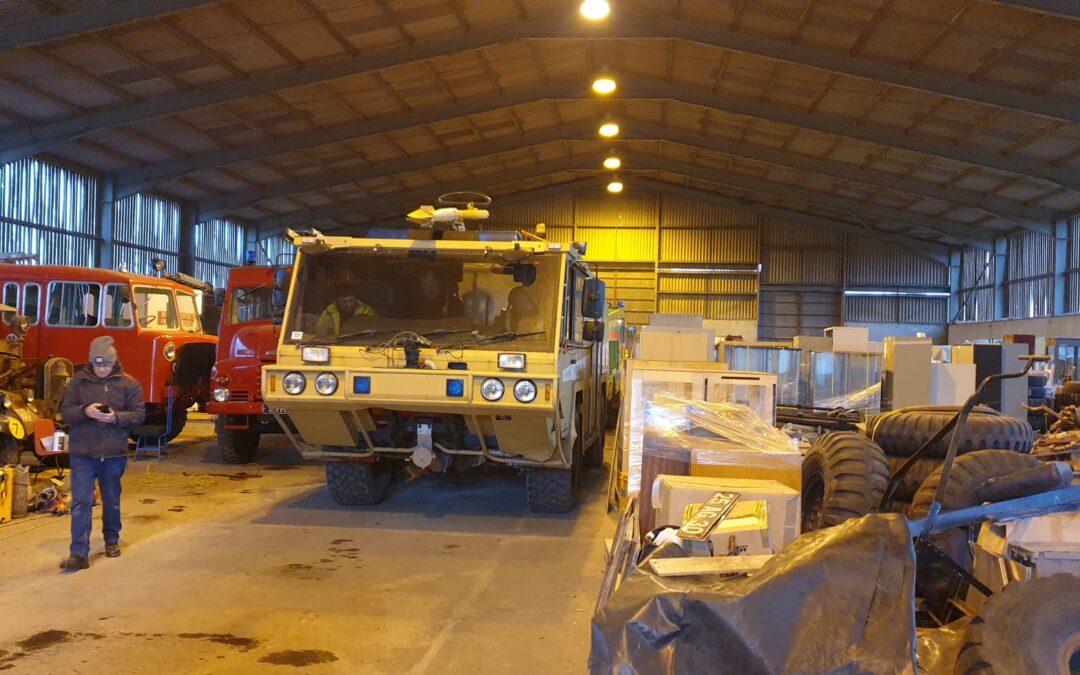 Twelve museum staff braved the elements this week to arrive bright and breezy at the headquarters at Scunthorpe. The makeshift plastic sheet channels which we had attached at the beginning of the year were clearly making the difference as one of the containers was nearly brimmed full of rainwater that had been leaking through the roof during the week. It is not perfect by any stretch of the imagination but a marked improvement of saturated carpets and mushrooms growing in the room.

The team got the usual ‘General Melchett’ style update from the boss who imparted all that had been going on during the week and we gave our best ‘cunning plans’ in response. After all was said, it was soon down to business of offloading the artifacts that had been delivered from the Falkland Islands and the bosses attic. This included some old equipment and attachments as well as the latest round of detachment boards. This means that we are fast catching up to the boards from the last quarter of a century and the volunteers were shocked to find some of the other team members and the boss listed on some of them as they were unwrapped. We also found an early version of trip advisor on the back of a board as some of the firemen had left some ‘reviews’ of their time at Mount Pleasant Airport. We also received 85kg of historic daily occurrence books (DOBs) which was an effort to lift in but was soon catalogued and broken down into more manageable loads. For those that don’t know, DOBs were used to catalogue the section’s activities and responses to incidents and crews whilst they were on shift so it is a historic record of one of the longest deployments that the RAF Fire Service has supported during the history of the trade.

A recent acquisition of a model collection was also sorted through and re-boxed as well as two sets of crash kit which was sent in by Colin Stone after a recent sort through his attic uncovered some kit from his time in the RAF. We get many enquiries like this through social media or our email address which are always welcome. Of particular interest are original or high-quality scans of photographs of people’s time in the military fire service, vehicles or other activities that they may have been involved with during their service. What is even better is if we have the names or stories which are associated with them, as it allows us to display them with the context which helps people understand our history.

The storage area was also a hive of activity as the small team over there ran up the generator to test the new battery and helped inspect the pallets and other stillages to ensure that we were maximising our storage to the best of our ability. It is clear the museum will need to move again in the future and by carrying out this work now we aim to cut down on the amount of truck loads it will take and therefore save the museum vital funds. We will keep everyone updated on our situation as and when we can but our future is still very uncertain. We depend on your donations through Paypal purchases or Amazon Smile and general donations to survive now more than ever so thanks to those who help where they can.

The work on the WOT-1 continued on and we are slowly getting through the jobs which are needing to be done. However, the belts are causing a squeal, probably due to them needing re-tensioned which will be sorted another time.The MK6’s recent service by our Norfolk visitors again proved its worth as the vehicle started first time on the button and didn’t require the use of the manual choke that had been previously installed in the cab. Although it was agreed that the fuel mixture was still very rich, the marked improvement of the idle is clear to see and hear. We hope to get more work done on the vehicle soon as the days and evenings extend and hopefully the guys from the Norfolk Tank Museum will be back up again once they can spare some time from their own MK6 restoration project which is really making leaps and bounds judging by the updates on their Facebook page.

Whilst we were at the storage area the boss and another one of his crew members inspected the new RIV which was acquired by one of our museum volunteers recently. After a quick once over the boss took the chance to get more familiar with the vehicle and gave it a good run up and down the road outside the hangar. Further functional checks were carried out and it was confirmed – albeit lightly due to the amount of water in the tanks – that the front monitor and foam branch worked. Although the vehicle has a few dents and other minor bits of work that needs to be looked at, it is a very good example and the museum volunteers have also been really impressed with the response the social media channels have received after we announced its arrival. Seeing pictures of it whilst in service is really encouraging for us as it has obviously struck a chord among our followers so please keep them coming. 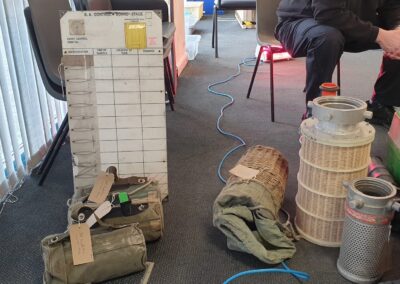 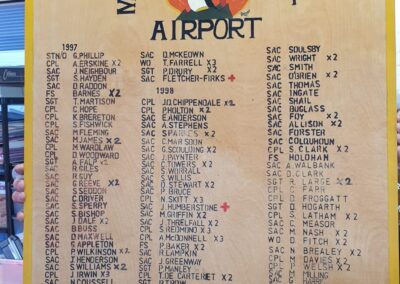 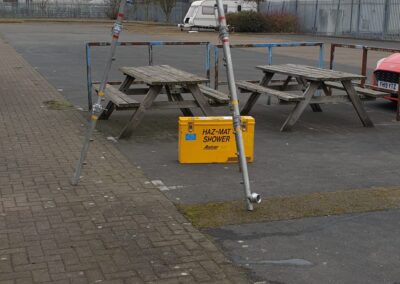 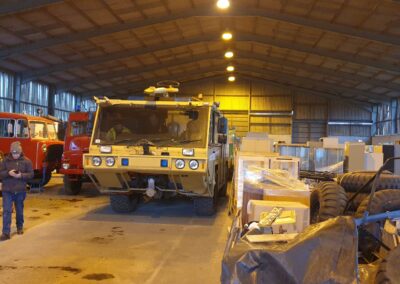