Weekend Update: HM Queen Elizabeth’s 70th Year on the Throne and Doug the Tug Gets a New Friend… 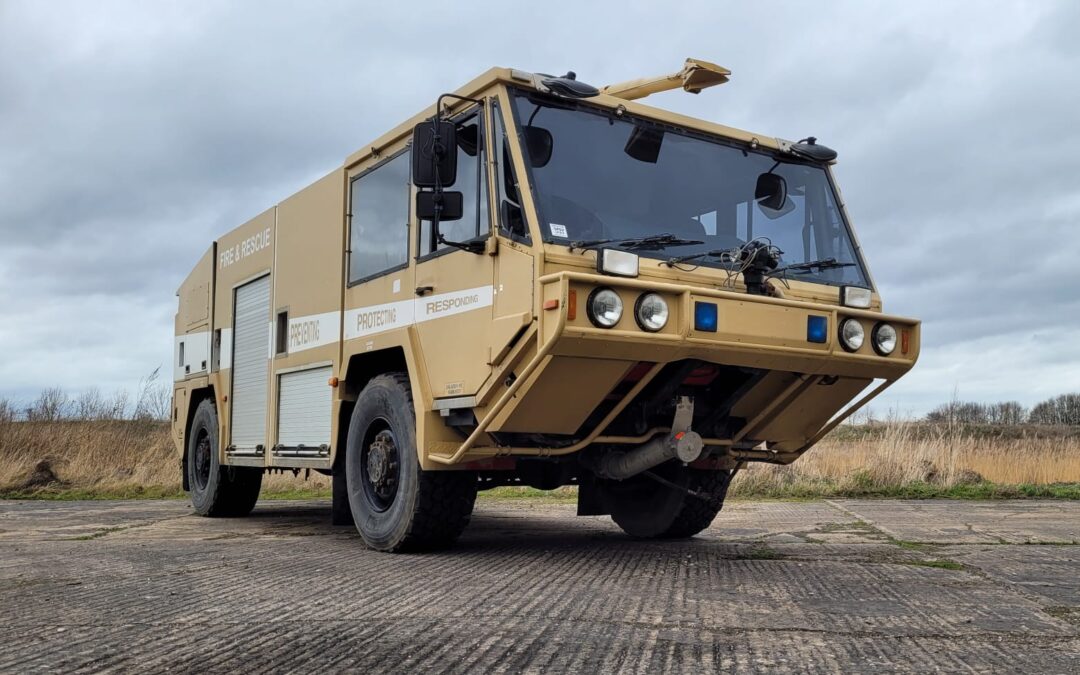 The boss was absent this weekend as he was inducting the newest member of the crew – a brand new baby grand daughter who arrived earlier in the month, much to the family’s and the museum volunteer’s delight. That left the rest of the volunteers to fend for themselves at Scunthorpe and the storage area in yet another freezing and windy day. This task list this week also required the volunteers to start earlier to get a suitably massive compressor and some tools loaded into the van to inflate ‘Doug the Tug’s’ tyres up to the required 160PSI (11 BAR). Whilst we are sure the old foot pump from the boot of the car would have sufficed, the human piston behind the pumping certainly would have gone on strike before that sort of pressure was reached!

We also had to make sure that personnel were over at the storage site for Doug’s newest friend – a newly purchased Alvis/Unipower Rapid Intervention Vehicle 2 (RIV 2) – which our volunteer purchased on an auction site and bought with his own funds. I’m sure his wife would have loved to get the house renovations finished or a grand weekend away but all we know is he is fast becoming an avid collector of massive historic vehicles….. and has an incredibly understanding wife!

The vehicle itself is RU 95 AA and served in a variety of places, including RAF Boulmer, RAF Wittering and RNAS Culdrose whilst on the run with the RAF and the Royal Navy. What’s more exciting is the fact that it served in Basra Air Force Base, Iraq during Op Telic; the UK’s contribution to Op Iraqi Freedom or the Second Gulf War. The Boss definitely served with this vehicle in Basra in 2007 and took it out on many patrols to Al Amarah air strip during his time there – it was certainly a hair-raising experience driving through the streets of Iraq in convoy with Warrior Infantry Fighting Vehicles with only a flaking temporary desert paint job and your rifle as your protection from any insurgents operating in the area. Once the vehicle arrived and was taken off the low loader, it was inspected and lubricated in a few places. Notably, there was still a load of desert sand in the nooks and crannies underneath – a sure indicator of its travels!

After a test drive around the storage area and yet another reshuffle of the other vehicles, the RIV was put under cover and the team set off to Doncaster to get a new battery for the generator that we use to provide limited power for jobs in the storage area. Finally, the team retired via the boss’ house to deliver the van and load a huge amount of Falklands artifacts that had been stored there for safe keeping during the last move. These will be moved to the headquarters, catalogued and repacked in the future.

2022 will hopefully mark the beginning of the end of COVID restrictions and the pandemic which will allow the museum to display the vehicles in some local shows and events like last year. However, this weekend specifically also marks an incredible 70 years since Her Majesty, Queen Elizabeth II, ascended to the throne after the death of her Father, HM King George VI, in 1952. Her time as Head of State of the UK and the Commonwealth has seen vast societal changes, many conflicts, and significant historical events pass on as well as 14 different prime ministers serve her. Her Majesty’s service to the country is unwavering and the Veterans at the museum are privileged to have served in her Armed Forces at some point in their careers. All of us at the Museum want to pass on our sincere congratulations to Her Majesty and hope to join the country in marking this record-breaking reign in the official celebrations later in the year. 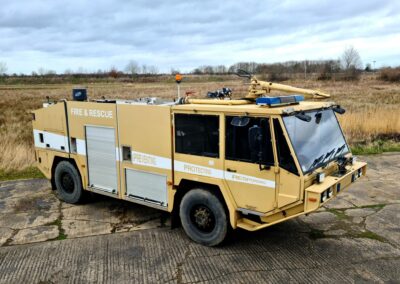 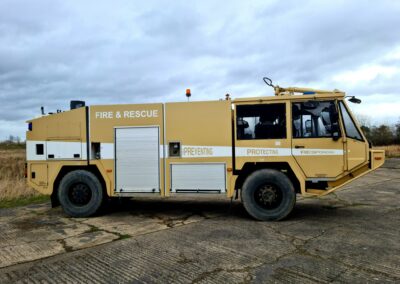