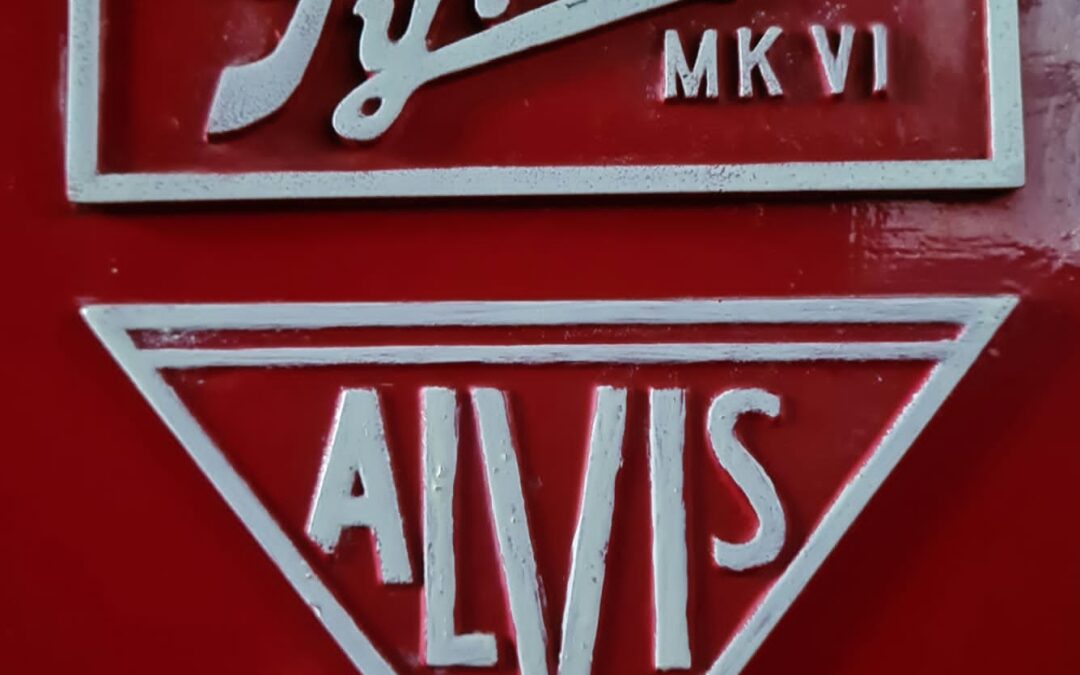 This weekend started with another freezing cold drive up to Scunthorpe to get the doors open to the Museum and get the heaters on for the volunteers to come and continue with the jobs at hand. One volunteer got the early award for enthusiasm as she made a mammoth journey to turn up for the AGM a week early but thankfully stayed to help. At least the journey wasn’t wasted, and it was great to have her along!

A quick inspection of the van this morning confirmed our thoughts from Christmas that the 12 year old batteries had finally bitten the dust and needed replacing. A simple task. So simple in fact, the individual changing them wanted to fit them twice just to be sure and definitely hadn’t put one in the wrong way round! Thankfully no damage was caused apart from the usual knuckle grinding and a blown fuse for the radio which was easily fixed – lesson learned! Now that the batteries are replaced the van should hopefully be less sluggish to start in the morning, especially in the cold. We shall see next week.

Whilst the usual tasks were making great progress like inventory work and the library, we were joined by a trio from Norfolk who had travelled two and a half hours up the A47, A17, A10 and A15 –the stuff of nightmares if you were stationed at RAF Coltishall or Marham and wanted to get home for leave – to join us for the day. What brought them all this way? Our shared passion of the Alvis Salamander or the Mk VI.

Gareth, Aaron and Josh regularly volunteer at the Norfolk Tank Museum and all have mechanical backgrounds working on some of the heavyweights of the UK Armoured inventory. More recently, their activity had caught the eye of one of our volunteers as they have embarked to restore another Mk VI (23 AG 61) to full running order and asked them if they wanted to work together. Before we knew it, they had jumped in the car and driven up! After a coffee and intros, they had taken scans of vehicle publications in the library to help them with their own project, seen our longer term projects round the back and had been whisked off to our storage location to work on our restored, but not particularly happy, MkVI.

To facilitate this visit, two of our volunteers had made the journey up during the week and employed ‘Doug the Tug’ to shuffle the collection about and get the Mk VI from the back of the shed where it has sat dormant since its move from Alford. A task which Doug was more than up to, given its 30 tonne towing capacity and previous life towing large aircraft. Shifting all the vehicles took a considerable amount of time which necessitated a couple of visits to get the job done.

Once the guys had arrived on site, the engine cover was soon off and they were straight in the bay to have a look at what has been plaguing our Mk VI’s Rolls Royce B81 Engine. First off, a new set of waterproof spark plugs were fitted which they have kindly donated to us. Next, no fuel was getting to the carburettors so the fault was traced back to the lift pump in the fuel tank. This has likely needed an overhaul for some time and this has been taken back to Norfolk where the guys have the necessary experience and tools to make the repairs. Thankfully, we were able to supply another from an engine in storage which allowed the team to test their endeavours. The engine roared to life first time and then promptly leaked coolant everywhere. A short lived protest which was rectified with some spare piping and the Mk VI rolled out the shed under its own power once more.

Of course, now the engine was running, it was only fair that a proper load test was conducted to ensure that the faults were properly fixed. The air was once again filled with the sound of an ACRT and the Mk VI roaring up and down the road which brought a lot of smiles to the guys and hopefully spurred them on to with their own project Salamander. Our sincere thanks must go to Gareth, Aaron and Josh for making the journey to lend their expertise and time which has rectified a long standing issue we’ve had with the Mk VI which required their experience and knowledge to diagnose and treat. We hope to see you back soon!

Why not take a look on their Facebook Page, ‘Tinkering with Tanks,’ to see their own Salamander spark to life this year!

Finally, we must close this post by wishing Sqn Ldr Eric Robinson OBE a very happy 100th Birthday and congratulate those at 84 Sqn, the last Search and Rescue Sqn in the RAF based in Cyprus, on the 50th Anniversary of their formation. 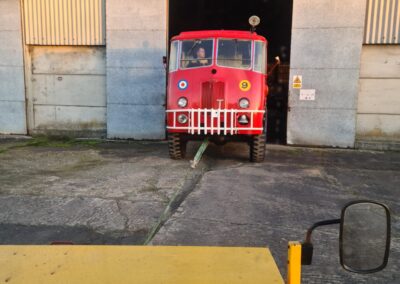 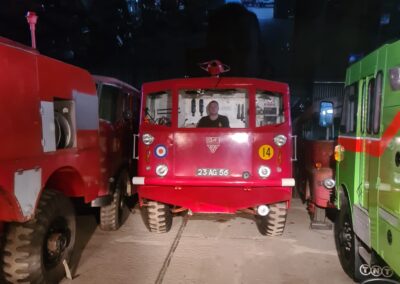 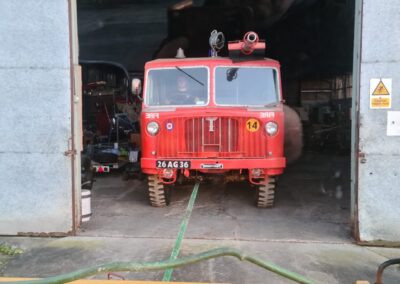 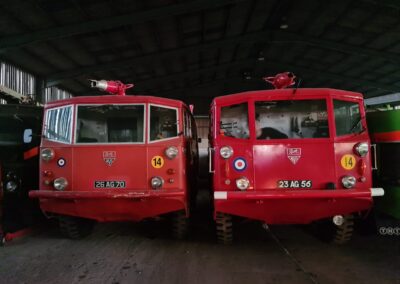 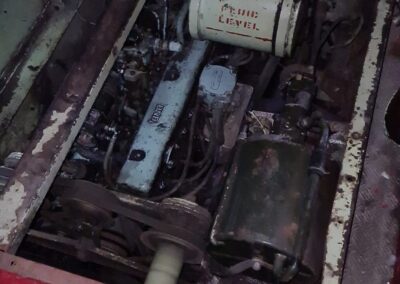 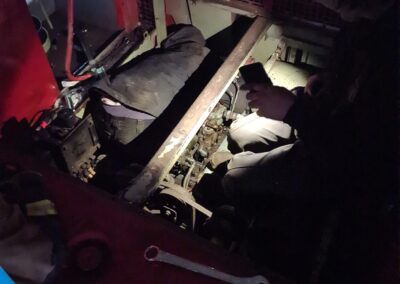 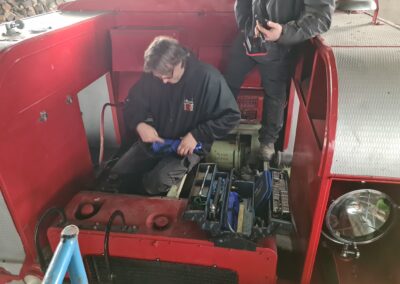 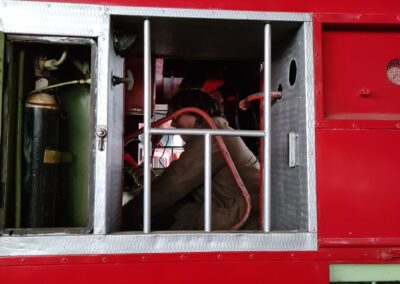 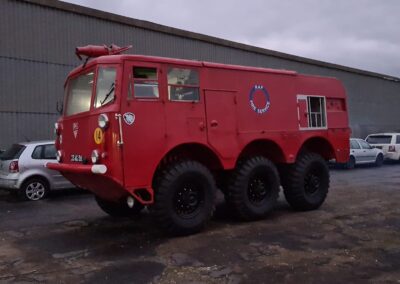 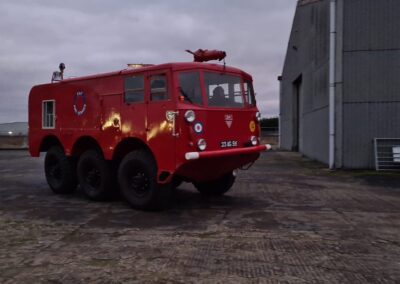 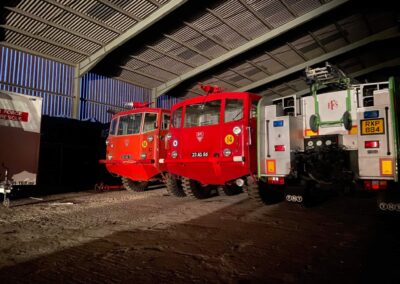 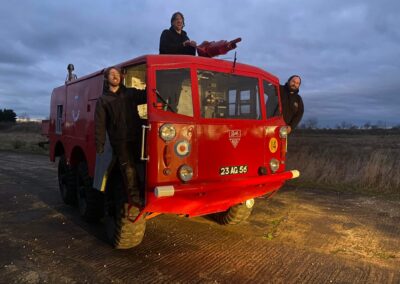