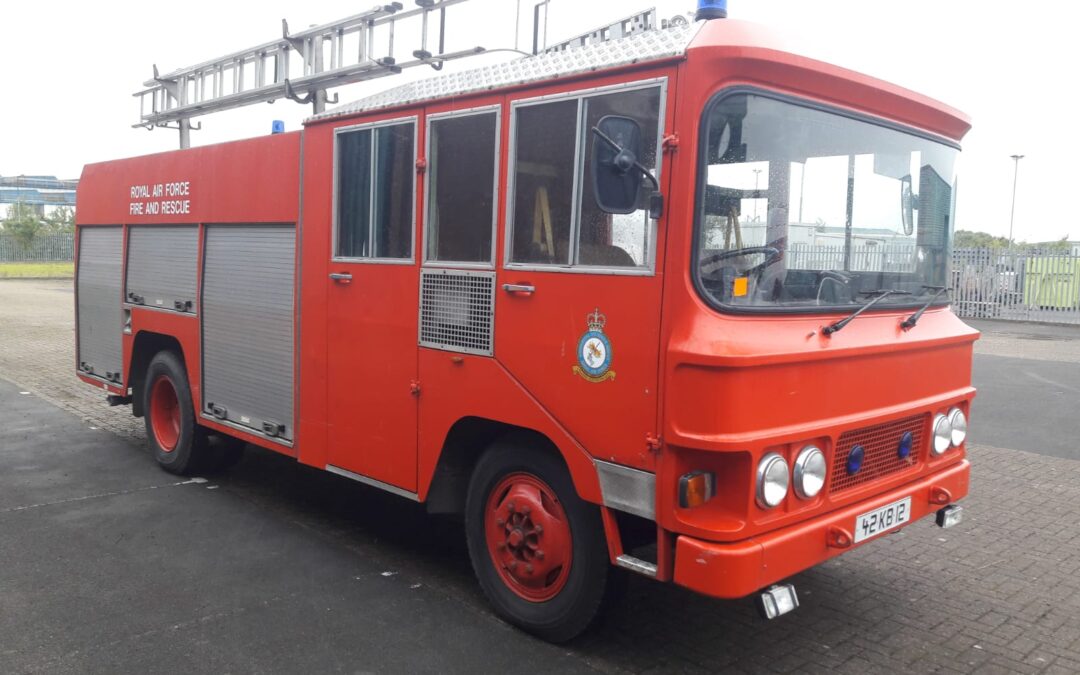 The E3 Sentry flew into the history books after its retirement parade was held this week. The “Queen of the Skies,” has served the RAF and NATO for over 30 years and was marked with an emotional and fitting parade at RAF Waddington. Number 8 Sqn will now relocate from Lincolnshire to RAF Lossiemouth to receive and operate the incoming E-7 Wedgetail which will enter service in 2023.

Another page of the Royal Air Force history book was also turned this week as the formal disbandment parade of 5131 Bomb Disposal Sqn took place at RAF Wittering. 5131 (BD) Sqn was the last remaining Bomb Disposal unit of the RAF and the responsibility has now been handed over to the Army. This marks the end of 75 years of maintaining a constant operational presence to “Make the Harmful, Harmless.” The unit was stood up in 1943 and has dealt with everything from enemy UXOs, ejection seats, missiles and terrorist bombs both at home and on operational service. This included Europe and the Far East during WW2, the Balkans, Cypris, The Falklands and more recently Iraq and Afghanistan where they dealt with the improvised explosive device menace laid by the Taliban or Daesh. Whilst the technology, techniques and equipment has undoubtedly changed or improved since 1943, the reliance on the brave individuals suiting up and taking “the long walk” armed only with nerves of steel and instinct to defuse whatever they faced remains unchanged. Therefore their rich history, and 43 gallantry awards, must be celebrated and not be confined to the archives.

The work and restoration of the Bedford TKG, “The Flying Brick continued at a pace this week and the recent fixes for the vehicle has been tested and sure enough, the engine is now able to be started and stopped and the diesel shut off valve indeed works after its overhaul. With autumn now firmly upon us, the oil and anti-freeze was also topped off to ensure no further issues would present themselves. The back seats were also taken out to be reupholstered as they needed attention. It’s great to have the brick back to its flying ways. The van also continued to get a final coat of polish to ensure the weather and mud off the van and preserve the paintwork.

With the autumnal weather breezing through, the HQ building was also in some dire need of attention as there was more water on the inside of the building than in the car park. This meant that the cardboard boxes which were packed previously had to be unpacked and checked for damp. This unfortunately confirmed the worst fears for a limited selection of items. The affected items were taken and restored or dried to prevent further damage from any future weather. The paintings, photos, wooden and cardboard items were also taken upstairs to ensure they were not put at further risk from the leaking roof. Every time this sort of thing happens to us its easy to get deflated and frustrated, but it continues to add fuel to the fire to secure our own premises in the future and bring this fantastic collection to the public.

Our monthly Crashline Zoom Call for MOD Emergency Service Personnel and Veterans is next Wednesday at 1900. If you would like to join us, or know of a veteran who could do with a couple hours of chat and banter, please get the details from the Museum of RAF Firefighting Facebook Group or get in touch with us at enquiry@firemuseum.uk. 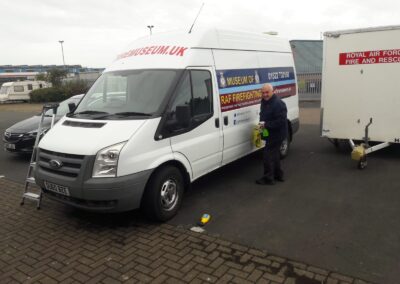 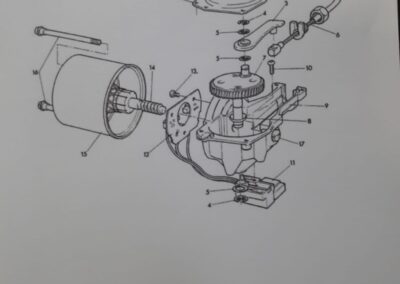