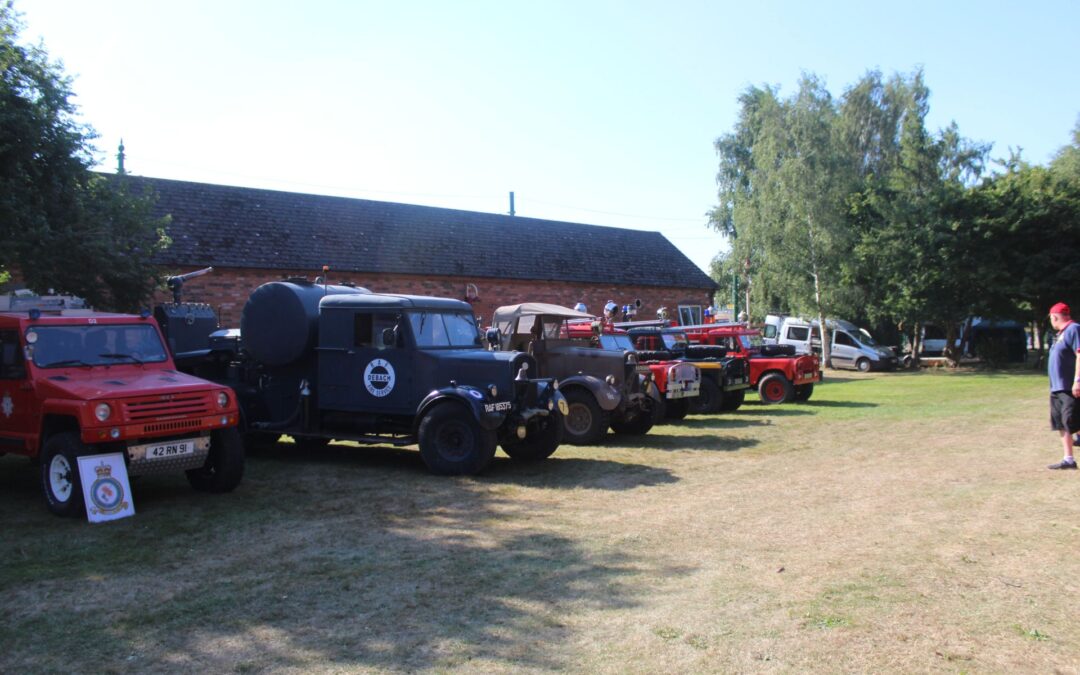 We hope that this edition of the Bubblewrap Blog finds you all suitably rested and cooler than our volunteers after this weekend! Although its been hot, it’s something that we were all very much looking forward to as we were at the Trolleybus Museum’s Blues and Twos event at Sandtoft. However, before we get to that, we should cover some of the events that have been happening in the background between our updates as we’ve been a tad quiet of late. Even though we are not posting updates as regularly as we used to, please be assured we are working as hard as ever to maintain and prepare the collection for the move to realise our dream of having a permanent home for the collection. We still have everything crossed that Scampton Holdings Ltd’s vision of RAF Scampton will come to fruition – even the cat’s whiskers.

At the end of July one of our volunteers took the ACRT back home so that he could display it with his own Landrover which is painted and kitted out to be a flight safety vehicle at “Take a Walk Through the Ages” (TAWTTA) at Epworth Showground. TAWTTA displays vehicles, equipment and re-enactments of military events and battles throughout the ages and the two vehicles showed off the operations side of the Airforce rather well and certainly gave a different perspective to roles in the military amongst a vast array of front line equipment and personnel. Although our vehicles were just on static display, the climatic end to the show, where every re-enactor – from knights to cold war combat soldiers – go head to head in a fight to the “death” certainly raised a few eye brows and proved to be a great highlight. Maybe next year we should suggest a water fight with the Mk9, the Nubian Major and the RIV to see who wins!

Between the excitement of exhibiting the vehicles, work continued at both Scunthorpe, our Headquarters, and at the other storage area to prepare for this weekend’s Blues and Twos Event at Sandtoft Trolleybus Museum. All the vehicles had to be taken out, washed down and inspected as they were all looking a bit drab and dusty now that they are stored outside in the weather instead of undercover. Although we can’t do major inspections and repairs on site, the volunteers are continuing to inspect the vehicle’s tyres, fluids, fuel levels and giving the engines an occasional run to keep them alive.

The DP1’s drivers seat was also looking in a right state after so many years of wear so it was quickly disassembled and the relevant parts dispatched to specialists to get recovered and the frame powder coated. It now definitely looks the bees knees and our drivers are no longer leaving with half the seat pad after their time at the wheel so thanks to those involved.

The Two Amigos also made a welcome appearance at the vehicle storage area and the Museum’s Transit Van had its towing plug socket replaced at the same time as the Red Army Godess had its new exhaust refitted. Although it still has a slight backfire if you have a heavy foot, the engine noise is now contained and it no longer sounds like it recently had an engine swap with a Spitfire. To top the great day of tinkering, the Amigos also had a look at the low engine idle of the Dennis D Type and this was also sorted thanks to their efforts.

The museum’s IT team also hosted an online and in person meeting during the week to sort out a number of niggling issues that have been hampering the museum’s website and communications and also to make plans to further our efforts and capabilities online. It’s amazing how connected the museum is but we are always looking for ways to improve. Please feel free to post on our supporter’s group if you have an idea or things you would like to see in future.

Right, after that bumper update, onto this weekend’s antics! Saturday called for a line up of display vehicles at Sandtoft Trolleybus Museum which were all washed and tittivated on the previous weekend by a separate team. Ten volunteers lined up for duty and all vehicles behaved impeccably bar an occasional jump start and splash of fuel to get them back up and rumbling. In total, the museum provided nine vehicles at the show in the form of The Ibex, 45 Monitor, WOT1, ACRT, RAF TACR1, Navy TACR, RIV, Red Goddess and the Dennis D Type.  As with last year the volunteers were all made to feel very welcome but we are sure the volunteers refreshments and ice cream budgets took a hammering trying to keep cool in the incredible heat. However, as with all shows and museums, extra money taken at these events go right back into next year’s events or the museum’s projects so its money well spent! After the Sunday’s display the vehicles were all taken back to the yard for storage and the volunteers returned home for a well earned rest after a great weekend interacting with the public. We are sure we will be back next year.

The next public events the museum is attending is Digby Day on the 3rd of September and the IBCC Wing’s and Wheels Event on the 4th of September. We are also attending RAF Waddington’s Family Day on the 10th but this is for station personnel and families only. If you are attending any event and see our vehicles or the MDU, please come over and say hello – your support is always appreciated. 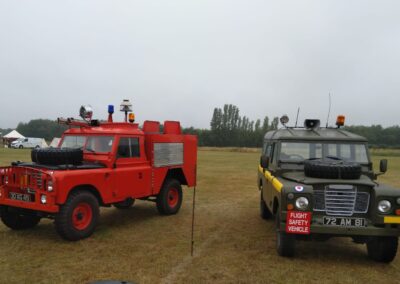 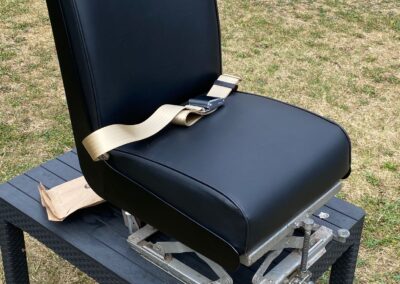 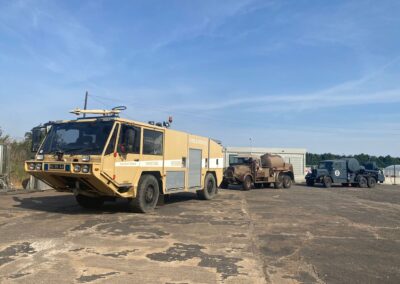 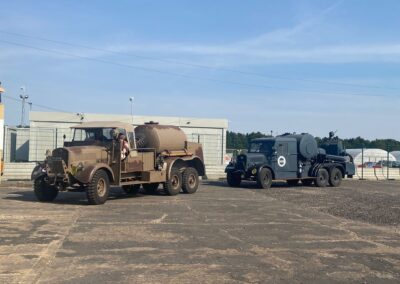 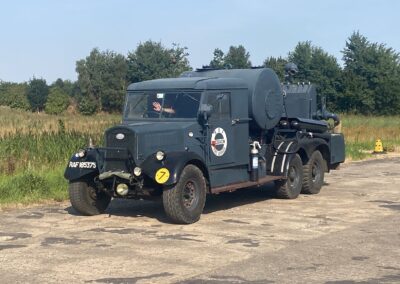 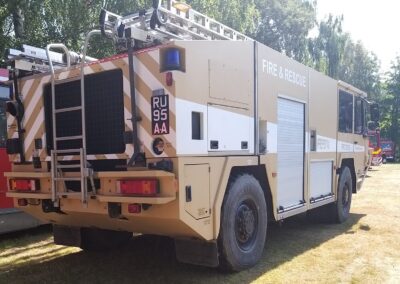 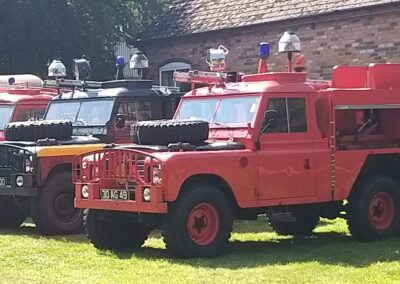 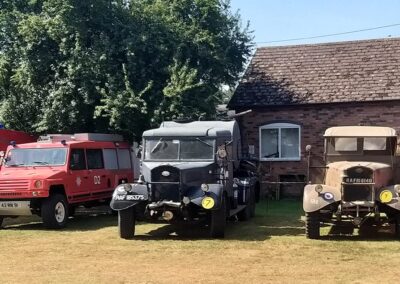