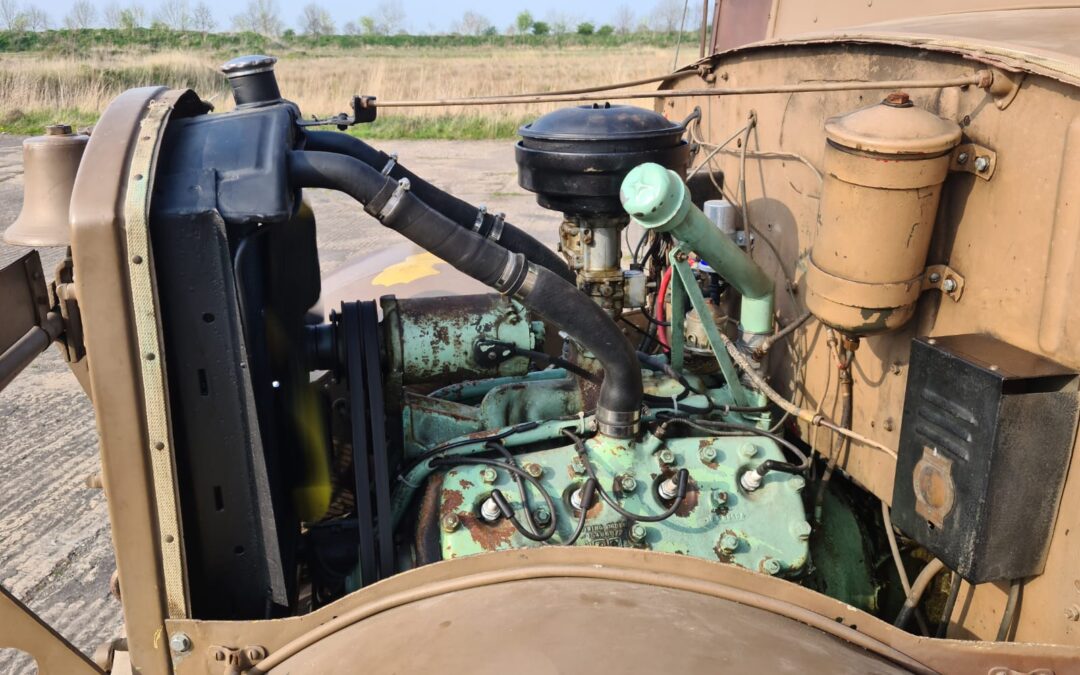 Last week a small group of the museum volunteers assembled in the glorious sunshine to continue plugging away at the tasks at both Scunthorpe and the storage area. Although Scunthorpe made significant progress in the inventory work by starting to catalogue the vast array of the Boss’ 10,000 strong patch collection, this was very much a case of an assembly line approach to make sure the relevant details are listed before they were repacked and doesn’t make for great reading material. Progress was also made round the rear of the building where three of the volunteers started to empty out the Queens Flight Bedford to work out what spares were in the back of it and in the lockers. Turns out there was lots to sort!

At the storage area a team of three was dispatched to tension the belts on the WOT-1 after its radiator replacement. This is a bit of a fiddly job and one that careful application of brute force is needed to get the job done. Once tensioned, the engine was started but wasn’t running smoothly which indicated something else was amiss. The team tried a few simple diagnostics and compared belt tensions with the Fordson 45 Monitor which has the same engine but this left the group with even more head scratching as everything was comparable. Sometimes that’s just the way it goes with vintage engines which are twitchy at the best of times. After deciding to call it quits on the WOT-1 until the Two Amigos could have a look, the team moved on to the MK6 which was treated to new batteries and the charge cart batteries were also replaced which went without a hitch.

Lastly, one of our friendly Royal Navy Aircraft Handlers held a bit of a ‘pull up a sandbag’ session with us as he had brought the photos that he had taken 40 years ago during his deployment on Operation Corporate. Being a mixture of official and personal photographs, this was a stark reminder of the combat, losses sustained and the individuals who worked around the clock to enable the combat operation to retake the Falkland Islands – it was a fascinating dive into the history books. Coincidentally, the same stories were shared during a session with the visitors at the Newark Air Museum during the week to great applause – we just aren’t sure if he stopped talking in the time between!

This week, the sunshine and long weekend meant volunteers came out from far and wide so we were able to achieve a huge amount. At Scunthorpe, The Queens Flight Bedford was opened up further to understand if the engine will turn over. Although the appliance won’t move under its own power due to differential issues, starting the engine will enable us to charge the air brakes which will mean we don’t have to provide a separate air supply when we come to move it. This diagnostics work identified that we probably have a faulty lift pump which is preventing fuel getting to the injectors. Things could be worse – at least the engine turns!

The HQ itself was also a hive of activity sorting through the range of books in the library and the inventory work hit a milestone in that we thought we had reached the end of the Boss’ model collection… and then the team found another box in the storage area! Another coat of varnish was also applied to a recently received exhibit which is being restored to its former glory ready for when we move to what we hope to be our final location.

With the Two Amigos back on duty and a few others raring to get over to the storage area, a team departed straight after the morning huddle and cracked on with diagnosing the WOT-1’s recent running issues. Everything was checked over and the previous diagnosis of a stiff or faulty dynamo was proved not to be the source of our issues as it was removed, re-greased, fitted and ran just as smoothly as before. The carburettor was then inspected which presented potential gasket failures as as the engine sounded like it was making the tea when it was running. This will need replacement parts made so another carburettor was taken from the pump engine of the 45 Monitor for templates. The carburettor will also receive a bit of a clean up whilst it is removed to get another job off the list.

With show season fast approaching, the MDU was also given some maintenance which involved a new weather seal being fitted to the outside and it was taken away for further work at home. As it was buried half way down the hangar, this required a number of vehicles to be moved about to get it out the shed, very much reminiscent of a children’s board game. Finally, the Red Army Goddess had its holey exhaust removed which was caused by a tremendous back-fire when it was driven on a previous occasion. Thankfully the cause was quickly rectified. Removing an exhaust, although usually easy on modern vehicles, was an absolute brute of a task as it had been welded on in the most awkward of positions which didn’t lend itself to being hack sawed off – a case of they didn’t make them like they used to! With everything achieved and the sun still shining it was rapidly time to quickly dash home as time had once again run away from us – if we had stayed any longer the dinner would have been given to the pets! 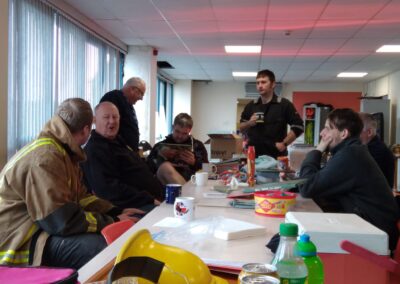 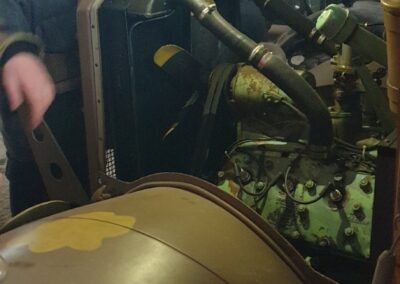 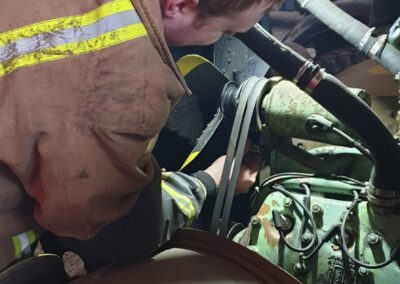 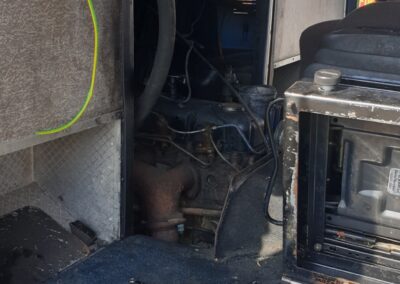