Bomber Command formed 85 years ago this week and our friends at the International Bomber Command Centre marked the occasion with a commemorative service and a flyover from the BBMF’s Dakota. Being situated in Bomber County, a.k.a Lincolnshire, our volunteers are never far away from either a memorial site or active station that played some part in the Bomber Command story. Nothing in this part of the RAF or WW2 can be considered small. Be it the thousands of aircraft, innovative ordnance, 364,514 missions flown or the million personnel it took to make it possible, the numbers and stories are truly staggering. The figure that eclipses them all, however, is the 55,573 aircrew that did not return home – an attrition rate of 44%.

Although the focus of Bomber Command’s history is the strategic campaign over Germany during WW2, it was also responsible for feeding a nation during Operation Manna. This was where Bomber Command aircraft dropped thousands of tonnes of food over hostile territory to the German Occupied Netherlands in a bid to avoid a humanitarian disaster in the latter stages of the war. It was also the command responsible for the V-Force; Britain’s Nuclear Deterrent until it was merged with Fighter Command to form Strike Command in 1968 and the Navy took the continuous deterrent responsibility in 1969.

Faced with our first show next weekend at Skillington, the team assembled at Scunthorpe to continue preparing the display boards or other small items we will need for the Classic Landrover Gathering. The hosecart team got a week off due to the excessive temperatures – it is likely the cart would have self combusted if they worked on it again in this heat! Whilst we are hoping the weather will be dry next weekend, a slight reduction in heat would be welcome for both the spectators and exhibitors alike!

With the display work rumbling away in the background, half of the team dispatched themselves to our storage facility to run through a deep clean and inspection for both of the Landrovers which will be road moved to Skillington next week. This meant we needed to dispatch the Lincolnshire Volvo to find some local friendly firemen who duly filled our tank with their hydrant. After its return, two of the team had already started taking apart the TACR1’s dashboard to rectify the faulty fuel gauge and get the window wipers working again. A relatively simple fix once a broken wire was located among the mass of cables. Once the ACRT was washed down and polished, a troublesome fuse issue was traced back to a faulty rotating light which will need further investigation once it gets back from the show. The hatch was also re-riveted as one of the support arms had broken free. Definitely something we are overjoyed to identify whilst the vehicle was stationary!

As we had the opportunity, and the water, we took out and washed the WOT-1, Nuclear Convoy Volvo and the Lincolnshire Volvo to remove most of the dust from the paintwork and to keep on top of the side effects of having some rather feathery residents in the storage shed. We also did the weekly shuffle and consolidation of pallets which has released a considerable amount space, ready for receiving more vehicles from Scunthorpe when the opportunity next presents itself.

Just as we were on our way out the gates, air conditioning blasting away in the cars and thoughts turning to BBQs and refreshments, the boss sent an urgent request to road move one of the Landrovers back to his address to break up the journey next weekend. Of course, being a trusty Landrover, it had a more traditional approach to ‘air conditioning’ and the driver had every hatch and window open to stop the cab turning into a furnace for the 20 mile drive back. Thankfully the vehicle behaved impeccably and it chugged back without so much of a hint of a problem. The same could not be said about the driver but it was still a journey measured in smiles per mile. 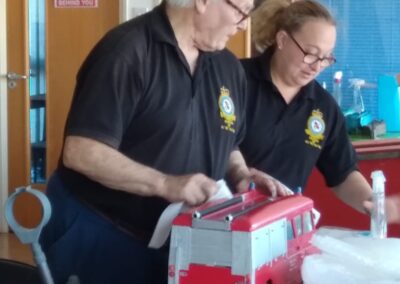 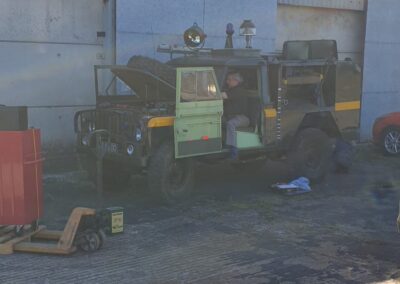 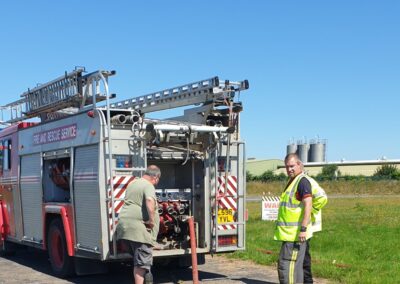 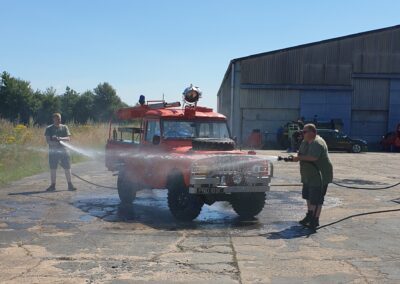 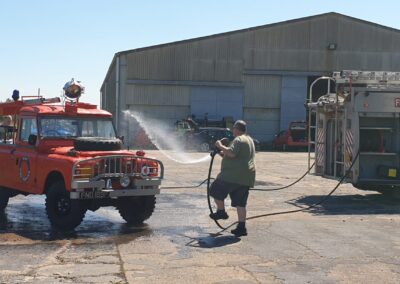 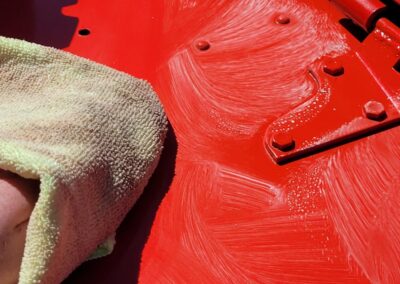 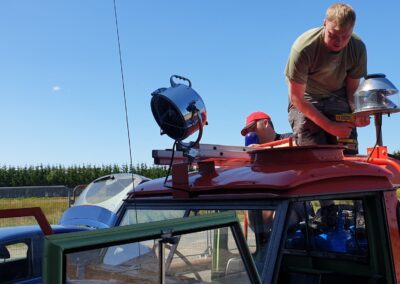 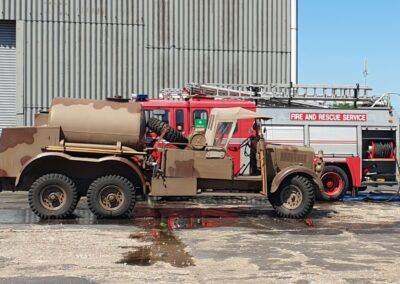 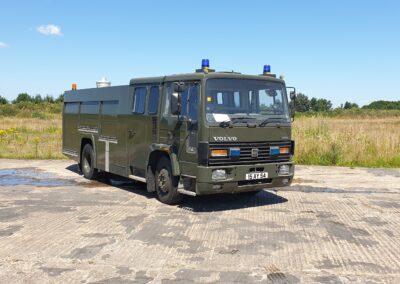 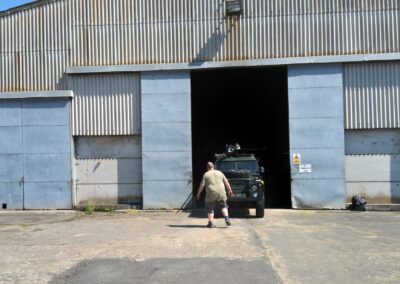