Weekend Update: 81 Years Since the First Flight of the Lancaster Prototype 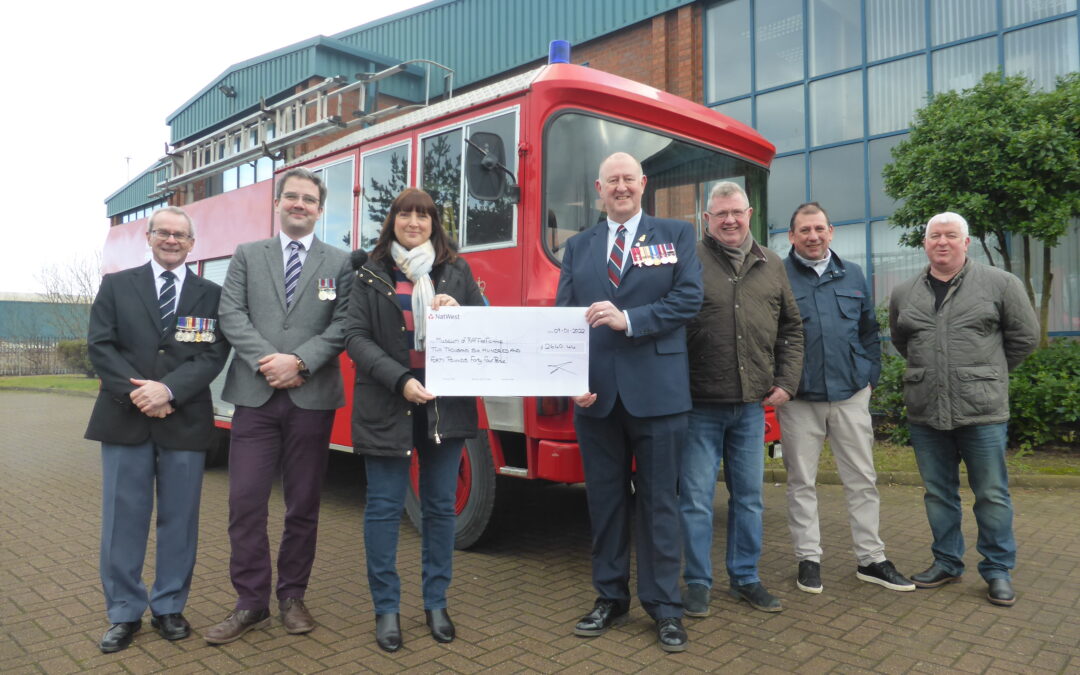 The 9th of January 1941 was the first flight of the Lancaster prototype, BT308 at RAF Ringway, south of Manchester. The prototype, which was a conversion from the unsuccessful, twin-engined Avro Manchester, was unarmed and sported three small vertical fins. Its centre spar was also replaced and the wings extended to 102ft to accommodate the design’s trademark 4 Rolls-Royce Merlin Engines. It was abundantly clear to the test pilot, Captain Harry Albert “Sam” Brown OBE, that this design had great potential. This was the beginnings of a bomber that would not only become synonymous with the strategic bombing campaign against the Nazis but also enabled some of the most innovative and daring air raids of the war.

As the team cracked open doors to the Museum for the first time in 2022 is was clear that everyone had benefitted from the festive break and had a great new year. The first order of the day was to DI the van and check that the key problem had well and truly been banished by the replacement part fitted at the end of last year which it has been. The boss also brought everyone up to speed with the latest developments and progress with the work going on before the sudden realisation there was real potential we would run out of brew making facilities! This necessitated a brew run which duly carried out with three of the volunteers at the local supermarket.

For those left behind at the HQ, the work carried on with the artifact inventory which continued at break neck speed. So much so that we broke the back of the remaining pictures upstairs and ran out of bubble wrap which led to some very suspect patchwork on the last picture. This will be sorted when the next batch of bubble wrap finds its way to the headquarters and we move on to the mountain of model boxes which are yet to be tackled.

At our storage area, the work to replace the troublesome leaking gaskets on the Fordson WOT-1 has been completed and the 45 Monitor’s engine was inspected to understand its list of requirements for future servicing. The Dennis F12 also received some rectification work to sort out a saggy window which had come free of its retaining spring last year. This has been fixed but a more permanent solution will be fitted once some replacement rubber has been sourced. The MDU also had some minor fixes completed on it. Finally, the Mk8 and DP1 was also given a stationary fire up to keep their engine fluids circulating which was completed without so much as a cough or splutter from either of them.

Today we also had the honour of hosting Dawn, Liam and Willow, the family of Ray Fearnley; a much missed fireman who passed away from a brain tumour just over a year ago. A fundraising event was organised by a team of Ray’s friends in Leeds last year in aid of the Museum of RAF Firefighting and the Brain Tumour Charity which raised £2640.44 for each of the charities. As luck would have it, we discovered a previously unseen crew photograph of Ray when he served in the Falklands which we discovered during our cataloguing efforts the previous day which was shared with Ray’s family. A representative of the Brain Tumour Charity, Emeline and her mother, also attended to receive their cheque in front of the Flying Brick which provided a suitable, if not smoky, backdrop after sitting idle over Christmas. We were all inspired to hear about Emeline’s own courageous battle and we wish her the very best on her road to recovery. If anyone wants to learn more about the Brain Tumour Charity, please visit www.thebraintumourcharity.org.

Finally, the next Crashline Call is planned for the 12th of January at 1900. This zoom meeting is a social get together for any MOD Emergency Service veterans or personnel and families who want to come and just relax and unwind among friends and colleagues for a few hours. There is no expectations or schedule and is free to join. The link is available on our Fire Museum’s Supporter’s Group events page or by emailing zander.wardlaw@firemuseum.uk. Look forward to seeing you there. 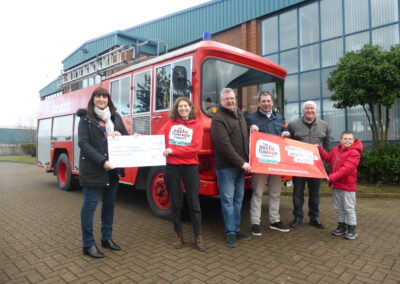