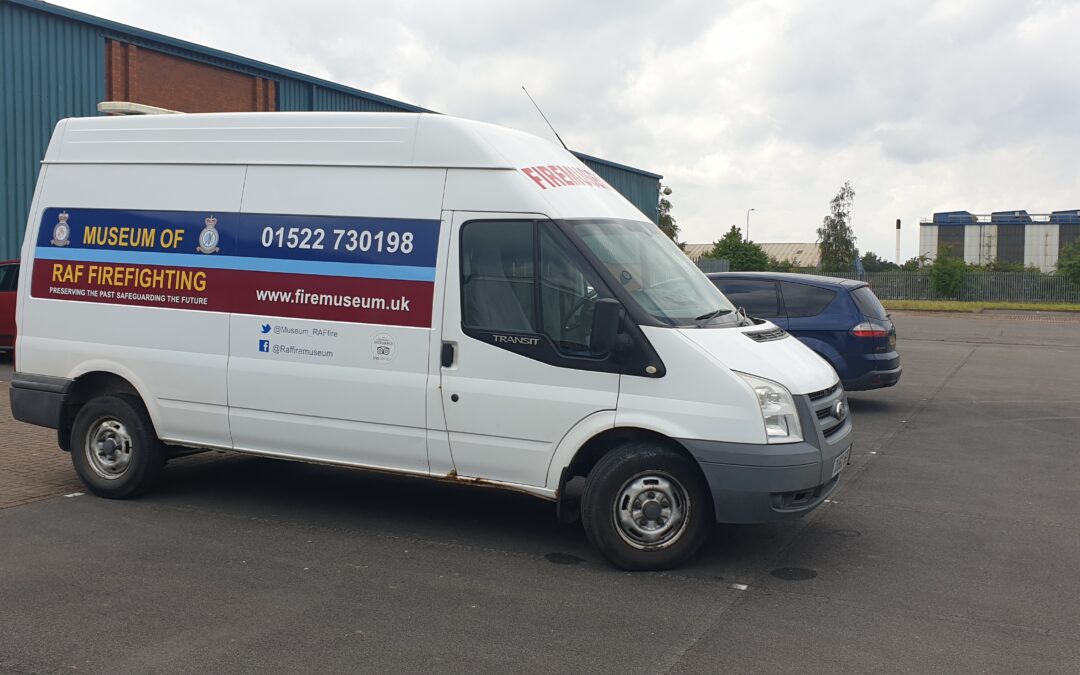 Although this week marks the 81st Anniversary of the Battle of Britain, a small ceremony this week in Anglet, located in the South-West of France marked the 80th year since the formation of the Comet Line during World War Two. The Comet Line was an evasion network which was active in Belgium and France during the last four years of German Occupation. Founded in 1941 by Andrée De Jongh, he and the Comet Line members helped Allied Airmen and some soldiers to make their way back home via Spain and British controlled Gibraltar. In total, the Comet Line helped 776 people, often downed Airmen, during the war. The risks the Comet Line volunteers took to assist the personnel to escape should not be underestimated – many were imprisoned or shot for their role in running the network. Their motto “Pugna Quin Percutias”, which translates as “Fight Without Arms,” aptly sums up their bravery and sacrifice.

This week saw the return of the museum van from its MOT and repairs but, as the local pigeons focused much of their attention – and innards – on the paintwork, it required a good clean and polish. Thankfully the museum volunteers were able to remove all of the offending splats quickly and cleaned out the inside, making sure it is ready for the next task when it comes along. The MDU also got some further attention to address some longer term issues that couldn’t be rectified before its initial outings to Digby Day and the IBCC.

The Two Amigos were up to their usual antics again this week amongst the vehicles at the back of Scunthorpe as one of them had a very successful week tinkering with the stop solenoid for the Bedford TK at home and managed to get it working on the bench. This led to them disappearing after the usual morning meeting and we didn’t see them again until lunchtime where they came back happy that it was fitted but unable to test it due to the vehicle having dead batteries. Both of the Amigos remarked the task had required some interesting contortions to be held at both the top and underneath the vehicle, but they got there in the end. This is a great job done and will help the volunteers to start and drive the vehicle on to a trailer if it needs to be moved into storage instead of having to by-pass the fuel system to get the vehicle to run.

Meanwhile the continual progress on the inventory work progressed at pace this week as we had a production line approach to the process which allowed us to inventory a much higher number of artifacts. This even included an “Elf and Safety” department; who wrapped and packed the pictures back in to smaller boxes as last week’s efforts to move them into the office area had confirmed our thoughts that crisis packing made the containers far heavier than our volunteers could handle. This was confirmed both audibly, by some very heavy and repetitive exclamations, and visually, by the volunteers progressively turning purple! Taking the pieces out and inspecting them also gives us the opportunity to rectify any breakages and give the pictures a quick clean to get rid of any dust which had accumulated. Above all, it helps the Museum to comply with the Health and Safety guidelines and minimises the risk of putting one of our volunteers off the run with some serious injuries. 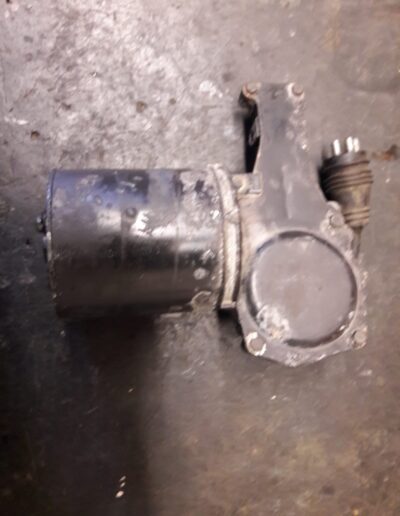 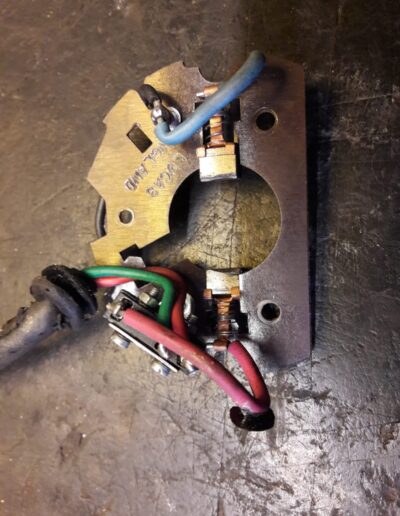 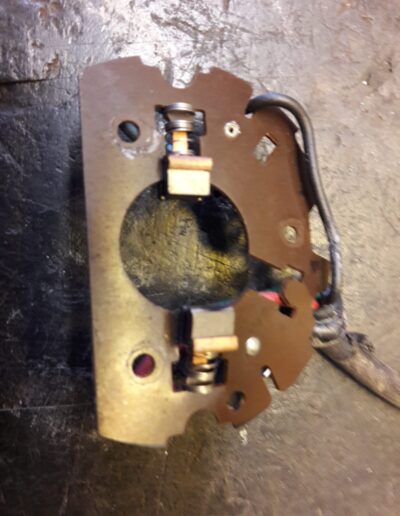 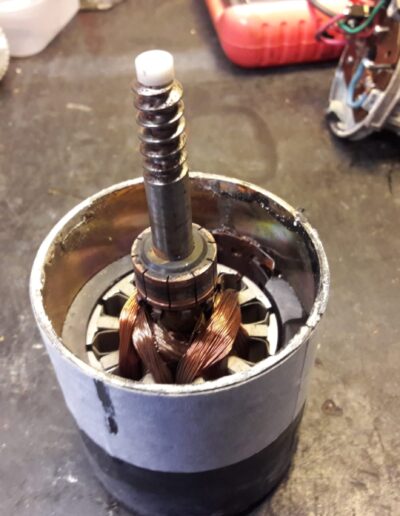 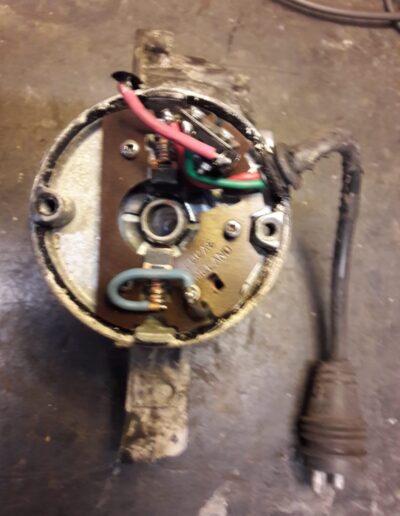 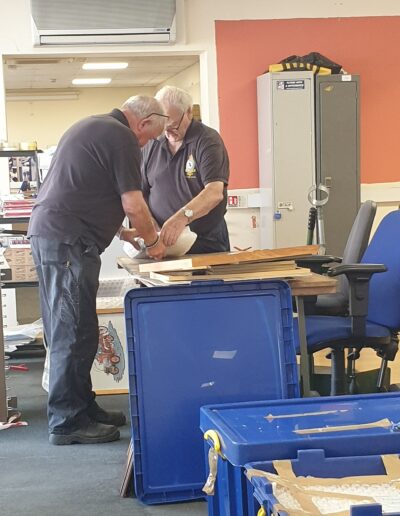 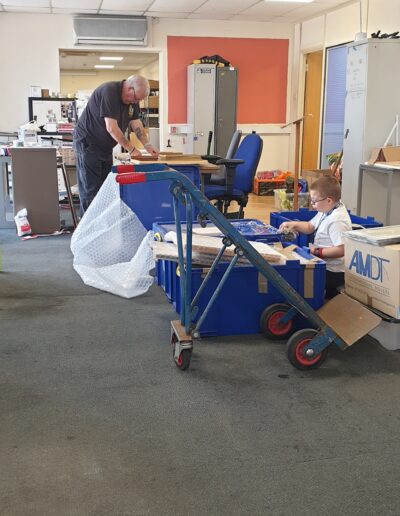