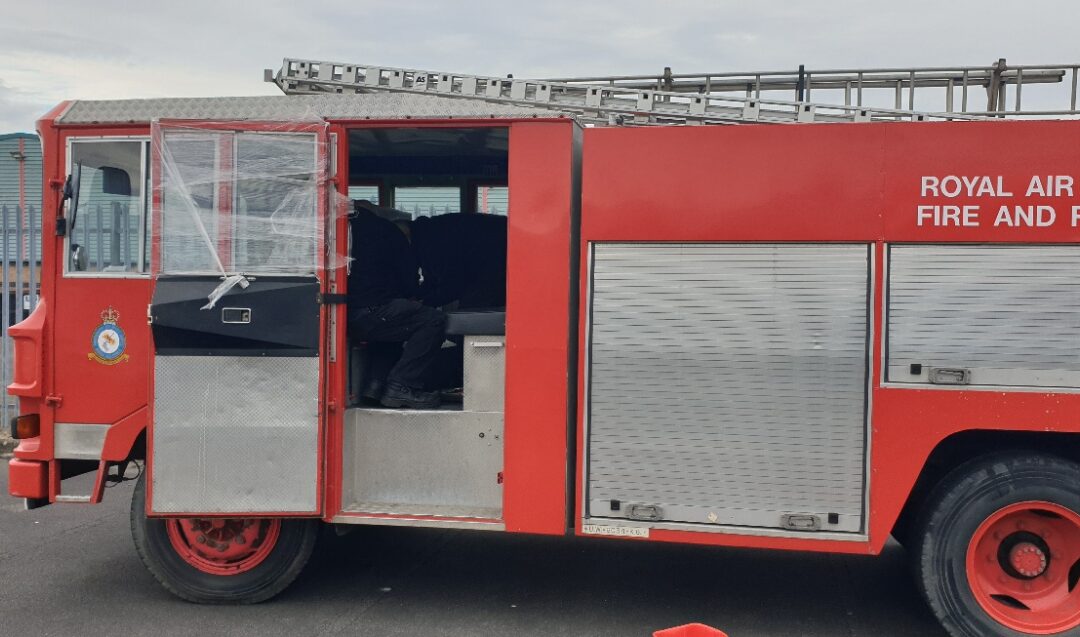 60 years ago on the 2nd of November 1961, the RAF launched in support of Operation Sky Help following the destruction caused to British Honduras by Hurricane Hattie at the end of October that year. Hurricane Hattie subjected the islands to 140mph winds with gusts reaching peaks of 180mph. As with all hurricanes, the winds were only part of the devastation and the 12ft storm swell destroyed a small village on the outskirts of the capital and buildings near the shore. The storm left 400 people dead and thousands homeless. The following week, RAF Transport Command launched assets from the UK to ferry supplies and aid to Kingston, Jamaica. From there, RAF Transport and Coastal command aircraft ferried the much-needed aid out to the devastated islands to help them rebuild.

The crew assembled at Scunthorpe after having another successful Crashline Call earlier in the week where we had some fantastic chat and knowledge sharing about the civilian Nubian Major that arrived last week. A fantastic evening was had by all who attended. The next call will be scheduled for the first of December next month. Please keep an eye out for the details on the Museum Facebook group or send an email to enquiry@firemuseum.uk to receive the link. Christmas festivity may well make an appearance – be warned!

After a particularly short update from the boss this morning, part of the team departed to our storage location to perform the usual vehicle shuffle to fit the new vehicle into the storage area. Two of the team also changed out the fuel pump seals on the WOT-1 which passed with flying colours when it was tested. Whilst the team were there, they also took the opportunity to inspect and run up the 45 Monitor, Dennis F12, Nuclear Volvo, ACRT and Austin K4. On the way home, the team also picked up a diesel additive recommended to us by a trusted partner to help preserve the engines and keep them running sweetly for many more years to come.

The individuals left at Scunthorpe continued with the long standing tasks such as the inventory work and the library. This led to 3 of the volunteers digging out the slide machine and labeling some of the vast collection of slides which the museum have from all walks of firefighting through the ages leading to some very dewy eyed sandbagging at one end of the HQ. The boss’ office also had the focus of the day and he began to start the long process of sorting through the various artifacts and documents in the various cabinets in the room. The hose cart has also received its first full coat of primer in preparation of some new paint sometime soon.

Outside, two of the team took the newly upholstered Bedford TK rear seats which were kindly and skillfully upholstered by a local tradesman. The seat pads were quickly refitted once the base of the frames were properly cleaned out and hoovered to avoid any damage to the swanky new cushions. The vehicle was then moved back round the back of the building and a Green Goddess distributor was scavenged off of one of the long-term dead vehicles to try and continue to fault find the timing issue on the Red Army Green Goddess at the storage area another time. The van has also developed a fault with the immobiliser which is potentially due to either a flat key battery or loose and corroded connections. This will be investigated further next week. 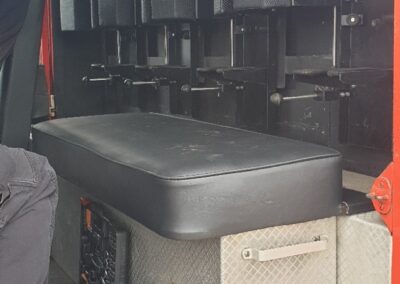 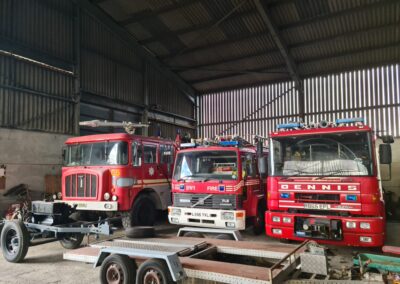