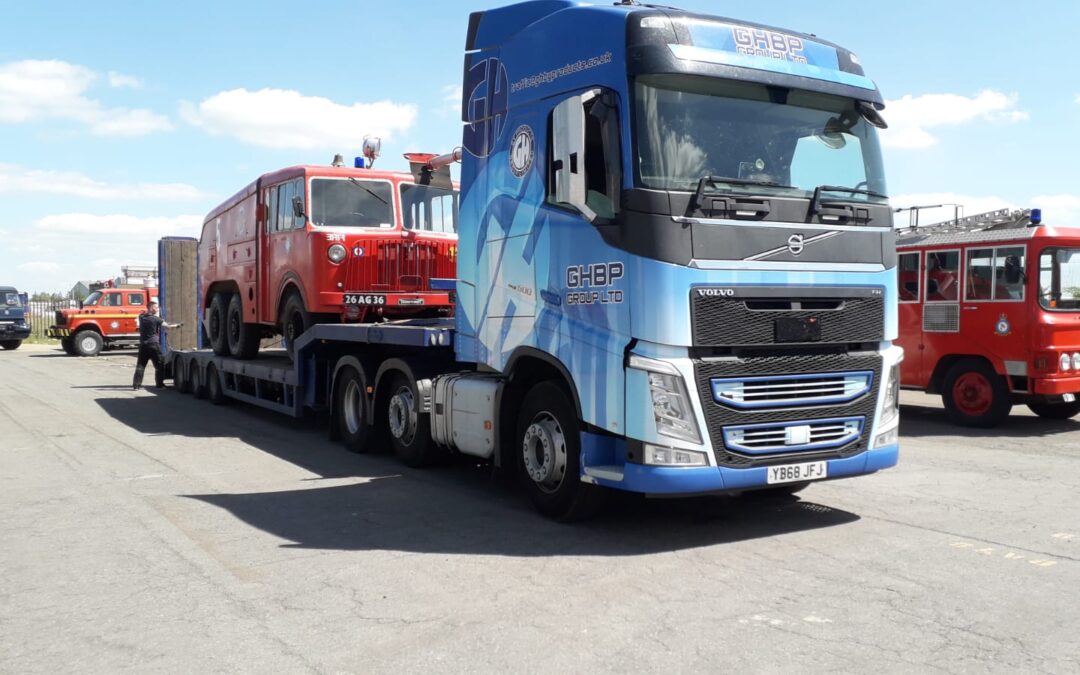 First and foremost, the whole of the Museum of RAF Firefighting would like to pass on their best wishes to Her Majesty the Queen on her Official Birthday this weekend.

This week we gratefully received the support of G.H By-Products (a.k.a: A. Hughes of Skellingthorpe) in the form of a low loader, winch and driver, Dan Drake, who, coincidently, is a volunteer’s son. This facilitated the movement of three more vehicles from Scunthorpe out of the elements and into storage, which means further damage and deterioration to the vehicles will be limited. Hiring a lorry and driver for a day can be incredibly expensive so the museum is extremely grateful for their support.

As we progress further into the pile of “long term dead,” appliances, the harder they are becoming to shift. Problems range from engine or gearbox issues, seized axles and tyres that lose air faster than it can be replaced. Being able utilise a powered winch in these circumstances makes all the difference but also makes it safer for the volunteers and better for the vehicles – especially with the temperatures on the rise. Three down, still a few to go!

At the storage site, a small team of volunteers also went to work to continue the weekly game of Tetris and Traffic to squeeze yet another row of vehicles into an already bulging hangar. Now there will be vehicles going to shows, there will be a continuing programme each week to check them over to ensure they are fit for the road and, we hope, fit for public show. Steve’s WOT1 was also driven today to mark the 77th Anniversary of it arriving on the Normandy shores on D-Day +6.

The Mobile Display Unit (MDU) group also met this weekend and had the right idea by holding the meeting at a pub garden to take full advantage of the weather. The content, artefacts and the images which will be displayed in the MDU are continuing to be collated and discussed to bring a flavour of the museum to the public. Although it’s a minute percentage of what we have, we are sure it will pack a big punch and are looking forward to using it at a show soon. 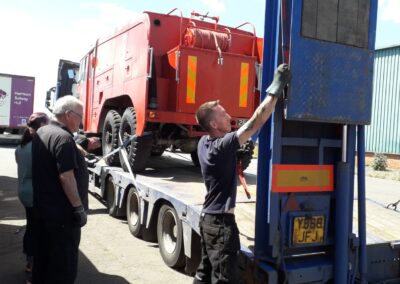 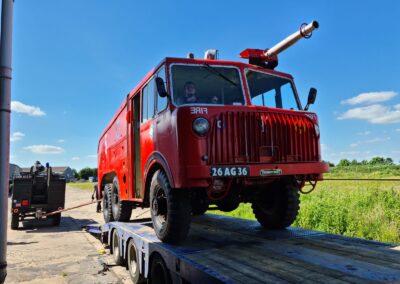 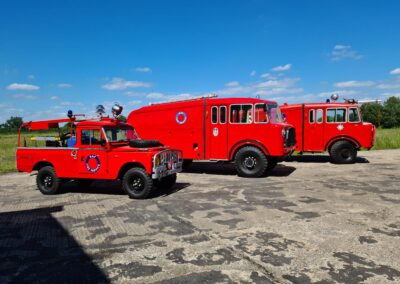