Queen’s Flight Scania Back on the run at Brighton City Airport! 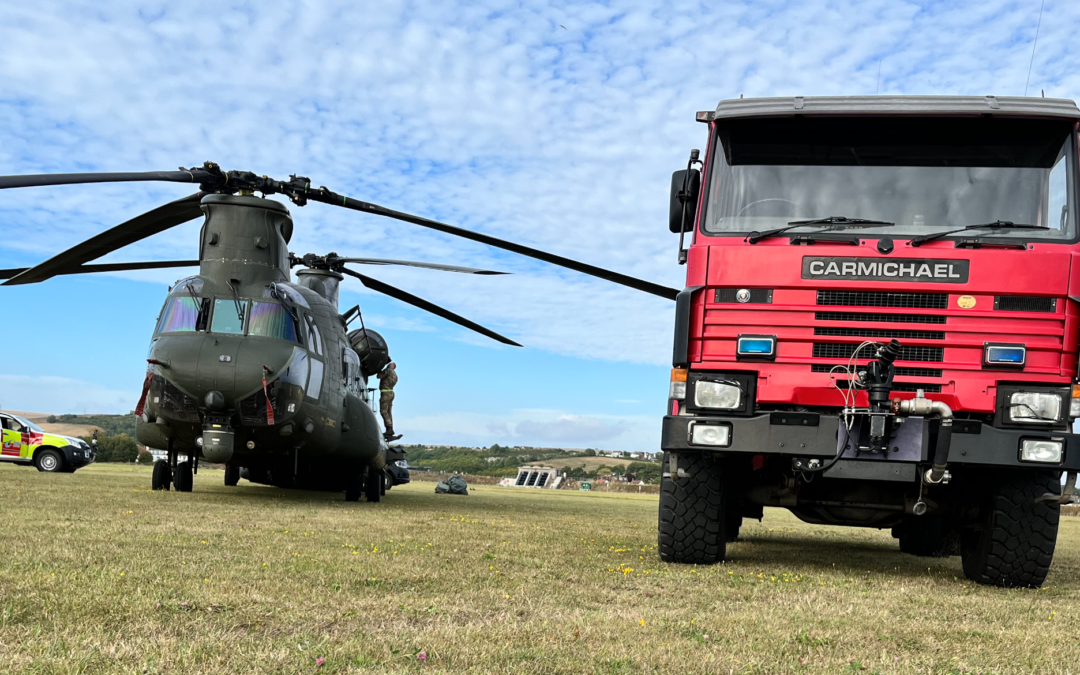 For avid followers of the Museum, some may be thinking where the Queen’s Flight Scania has been in all the years that we have been in storage. Well, instead of collecting dust and sitting silent, an opportunity arose for the vehicle to be loaned to Brighton City Airport and go back on the run! The Airport has its own crash cover in the form of light utility vehicles but adding the Scania over the last two years has meant that the airport is able to upgrade its crash category to handle larger aircraft. Of course, being at the airport has also meant the appliance has been incredibly well looked after, been regularly run and stored undercover which has meant that it was looking top notch for a publicity shot when an RAF Chinook decided to make a recent visit. Again, this wouldn’t have been possible without the addition of our vehicle so we are absolutely thrilled that this agreement means that the Scania is still supporting the RAF even after its was supposedly pensioned off. Thank you to Brighton for sharing the image with us and for reaching out to make this loan arrangement possible.