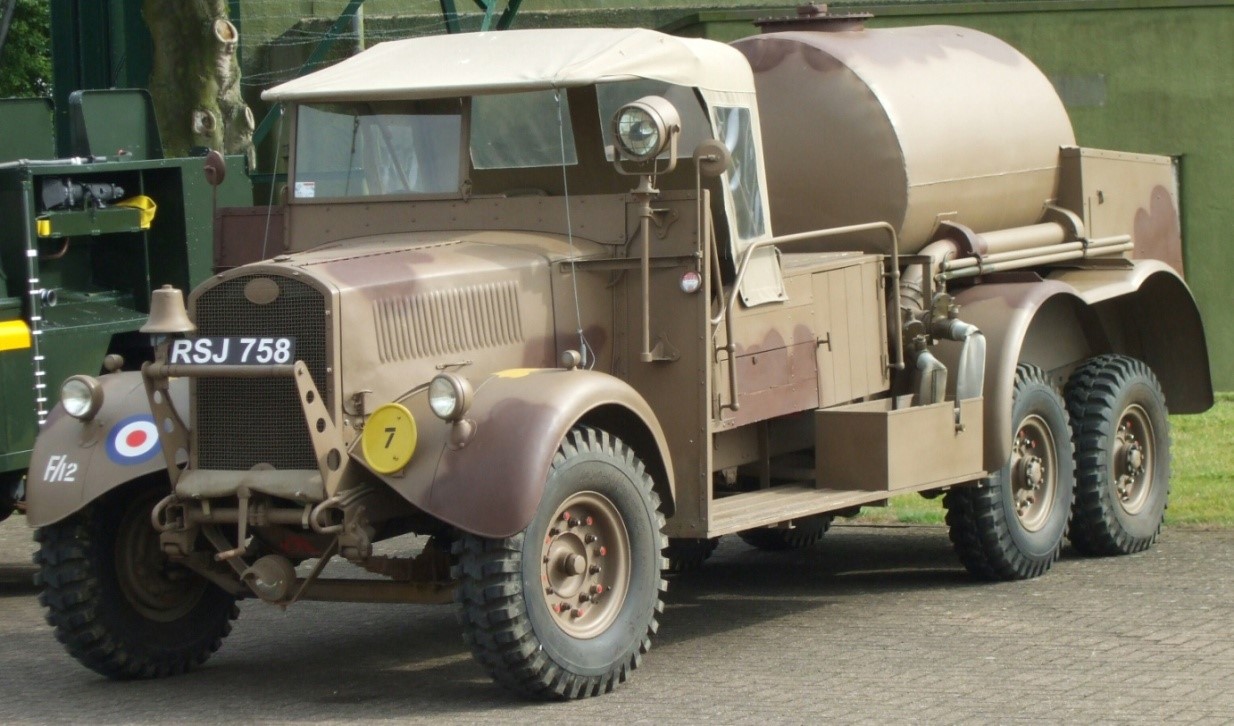 This tender (pictured below) was one of the first fire tenders to be used during the advance after the D-Day landings on the forward air bases set up by the RAF and American Air Forces throughout France, Belgium, Holland and Germany. This WOT1 found its way to Berlin where it was stationed for operational purposes during the Berlin airlift in 1946.

It returned to England in 1953 and was sold for scrap. It was then found on a farm in a very poor condition in the late 70’s by Mr Tony Corbin who spent over 20years restoring it to its present condition.

In 2004 Mr Corbin kindly loaned it to the Twinwood Museum at Clapham Beds. This is where Glen Miller was based and flew from.

There are only 3 of these vehicles left. One is in the Spitfire Museum at Manston, there is another at East Kirby and this one is the only one in camouflage out of a total of 6 which went abroad. This vehicle is fully operational and kitted as per wartime.

The WOT1 was used as a major foam tender by the RAF and American Air Force Fire Services during WWII on all of their operational airfields on both fighter and bomber stations from 1941 to 1952.

The vehicle was manned by a crew of five, 1 MT Driver and 4 Firemen; the MT Driver would act as pump operator. One Fireman would be dressed in an asbestos suit ,for rescue duties, the others who operated the foam hose lines would be dressed in overalls, leather jackets and rubber boots, and a steel helmet with a skirt to cover the head and neck area. They were also equipped with an axe & belt and a quick release knife for cutting aircrew harnesses. 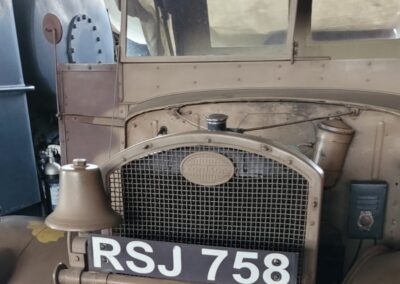 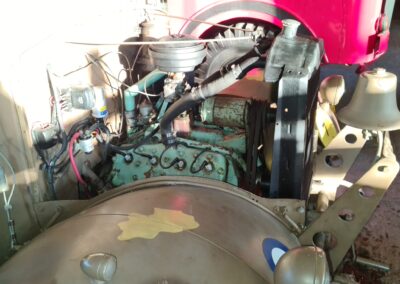 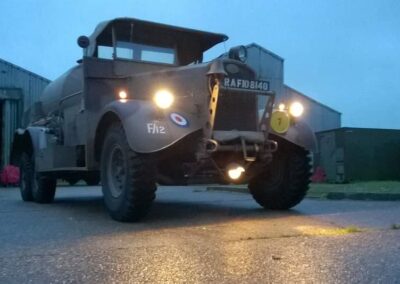 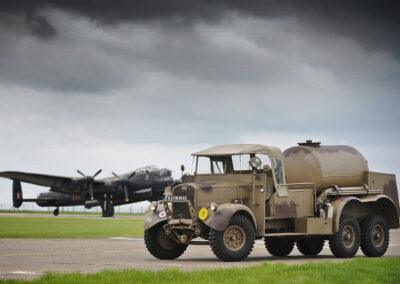