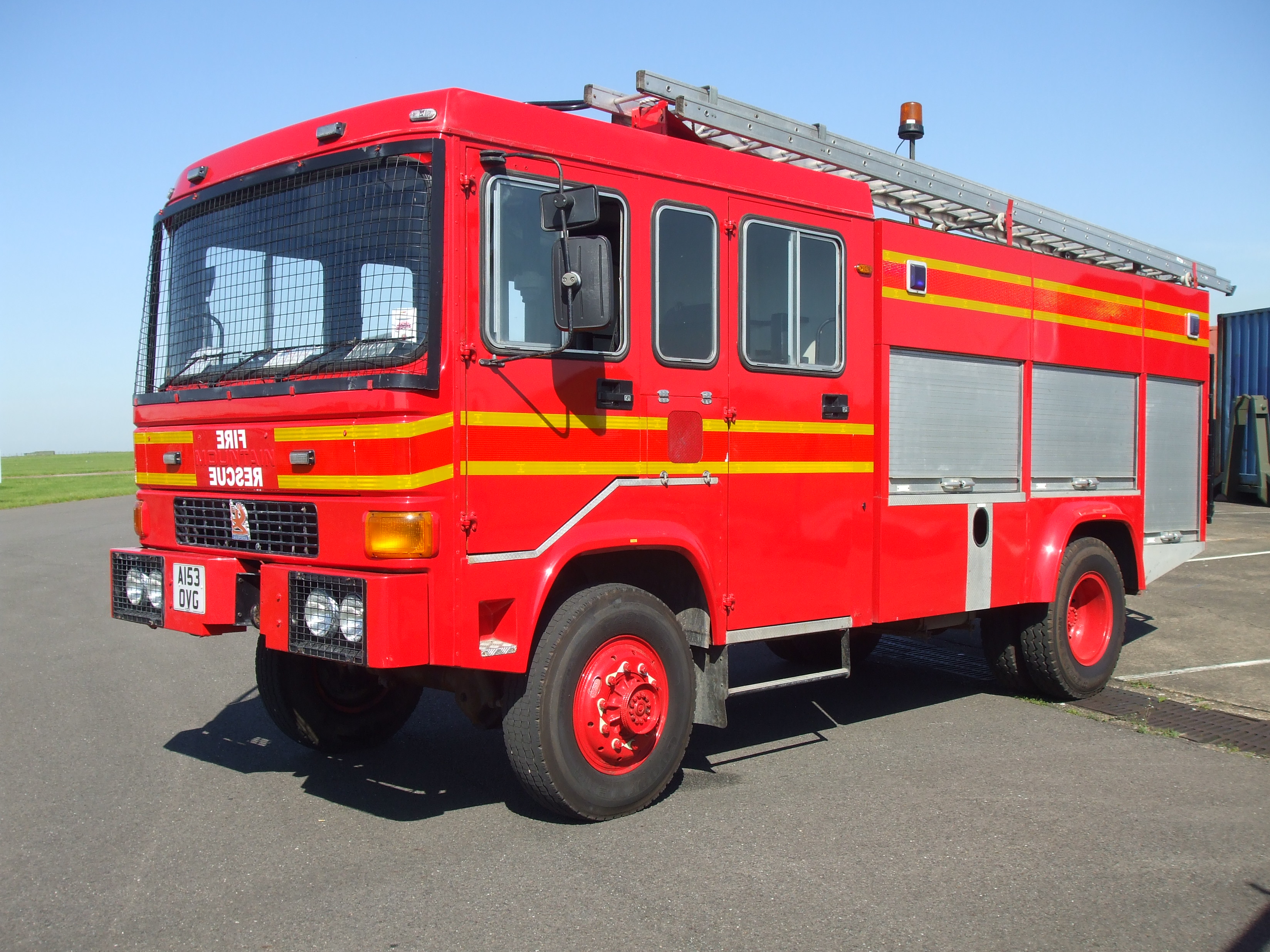 This vehicle was a Water Tender built by Moutain Range of Crew and was introduced in 1985. Its primary use was for a water tender on Bloodhound Missile Sites and fitted with a roof monitor. After the withdrawl of the Bloodhound Missile it Was used as a standard domestic fire appliance.

The grill fitted to the windscreen was to protect the crew from flying objects if a missile explpded. After the withdrawal of the Bloodhound Missile it was used as a standard domeatic fire appliance.

There were only 11 of this type built.

It served at RAF Noorhorn

When it retired from RAF Service in 2004, it was sold to Southern Ireland where it went back into service with the Dublin Auxiliary fire service. At this stage it was repainted yellow.

It was then sold to Seething Airfield in Suffolk where it was used for low category airfield fire cover.

It was purchased for the Museum in September 2012

Chassis: Bedford MJ, All steel fabrication, constructed in ladder form with straight through channel side members.

Pump: Godiva UFPX Water Pump with an output of 2280 litres per min.