Jim Moon from M-Tec Engineering kindly offered the use of his plant lorry to help move vehicles. Jim tried to reach the museum on the same day a nasty traffic accident occurred on the A1. This resulted in him being stuck in traffic for nearly six hours which, as his drivers hours were running out meant that he had to abandon his trip! Undaunted, he tried again the following week and this time sailed through. We entrusted him with one of our most precious vehicles, the Mk6. Even though the Mk6 is renowned for its cross country capability it’s still very daunting driving it up the ramps and onto the bed of a transporter! There was a bit of space to spare so Jim also managed to carry a hose cart and a couple of wheeled extinguishers over. Once again, Jim offered his time and services free of charge and for this we will be eternally grateful. He’s even promised to come back and help out again! 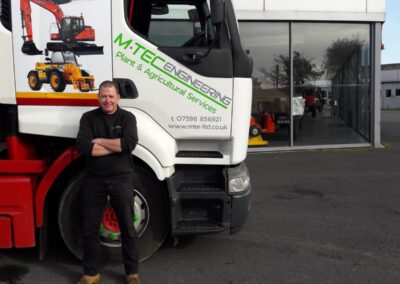 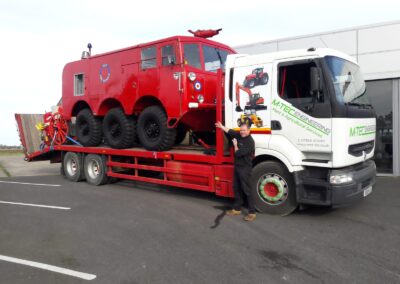 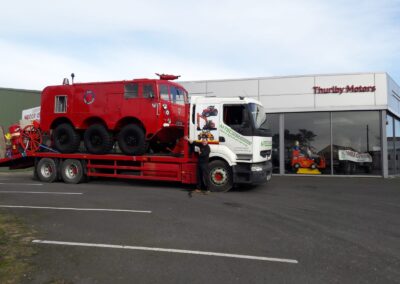